MARKET
Washington/Idaho:
John Vlahandreas with Wada Farms in Idaho Falls, ID, reported from his Salem, OR office on Dec. 19, “Demand has been really good this week.” John said, “Buyers are trying to get their product in before the end of the year, so I’ve been busy. The smaller stuff is in high demand. We’re selling a lot of consumer packs and that shouldn’t dwindle anytime soon. Exports on small onions are good, and we’ll be seeing even more exports moving too.” He went on to say that nothing has changed this week on pricing. “Looks like there is going to be a push at the first of the year.” As far as quality goes, it’ s the same –
the best we’ve seen in years.” He also said that transportation has gotten better. “Now that the Christmas tree deal is done, trucks have been much easier to come by. In fact, I’ve been getting calls for loads this week from people I’ve never heard of. So, things should continue to get better on transportation into the New Year.” 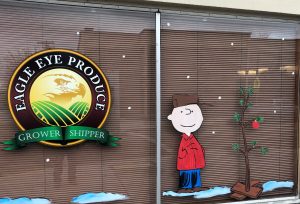 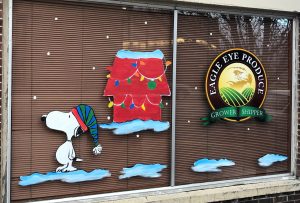 Jason Pearson with Eagle Eye Produce reported on Dec. 19 from his well-decorated for Christmas sales office in Nyssa, OR. “Business has been pretty good this week,” he said. “Yellows and reds are moving well, and there is more medium action too. While we are a little tight on mediums, we do have availability, so we are happy about that.” Jason said that pricing is still not where is needs to be. “I really think the market is going to go up by the first of the year. There is absolutely no reason why it shouldn’t. Quality is good, and we are in a good position to raise the market.” He also said the truck situation is okay. “We are getting trucks, but it’s just that you have to get them when you can get them,” he said. “If they can’t come in for a day, you just have to deal with it.”

Ashley Robertson with Fort Boise Produce in Parma, ID, told us on Dec. 19 that demand has been good all week with the Christmas push. “We’re moving a lot of jumbos,” she said. And she added Fort Boise is running both its sheds full-time. Ashley also commented on inquiries from export markets, noting, “We’re seeing more interest in those markets, especially with mediums.” About the market, she said, “It feels like it’s a little bit stronger.”

Utah:
Don Ed Holmes with The Onion House in Weslaco, TX, told us his Utah deal is “rolling along at full speed.” He said, “We have plenty of mediums and have had very good demand. The market is steady, and we’re doing well with our freight advantage. We’ve got good quality, and trucks are available.” Don Ed also said the Utah operation will “be getting into bigger sizes next week.”

Northern Colorado:
Bob Sakata and Ray Kniss with Sakata Farms in Brighton both weighed in on the week-before-Christmas report, with Ray noting on Dec. 19 that because of hail damage during the summer, the shed is shipping fewer onions this year, and “mostly to local markets,” he said. Bob added that Sakata Farms will go “close to March” with its 2018 onions, and Ray said the farm is looking at reducing acreage in 2019.

New York:
Rick Minkus with Minkus Family Farms in New Hampton reported on Dec. 19 that demand this week has been the same “steady” as it has been for the last several weeks. “We are moving Northwest and New York onions,” he said. “There has been a little Christmas push but nothing significant. Like some folks in the Northwest, we are trying to push the market up, and buyers are squawking, but with mediums in such short supply, it makes sense that the market has to go up. If you want 10 loads of mediums, you’re going to have to make plenty of phone calls. Now everyone wants to move jumbos, but it doesn’t make much sense that mediums are costing more than jumbos and so the market is starting to push upward.” He continued, “Quality out of the Northwest has been very good. On New York onions, it’s been hit and miss. The problem is you run up against comments like, ‘I can buy them cheaper on the terminal market.’ Well, you have to keep in mind that there is a difference between a Volkswagen and a Maserati. And it doesn’t make much sense that you buy a Maserati at Volkswagen prices. So, unfortunately, the poor quality onions set the price, and it’s a battle. On the upside, Railex has ironed out their issues, and the transportation they are providing is a heck of a lot better than it was this time last year.”

Broker’s Perspective
Rick Greener with Greener Produce in Ketchum, ID, reported from his “free range” office while working and visiting family on the other side of the U.S. this week. Rick said things have slowed down a little, saying, “It hasn’t been gangbusters, but there is product moving. I pushed customers to load last week because I was concerned about trucks, but you know demand’s slowing down when trucks are calling you looking for loads,” he said. “Plus, prices are lower too. I found trucks this week at $4 lower than I paid last week.” Rick said the market looks to be shifting upward. “Looks like there is a potential for prices to increase. I am hearing that growers are holding out for better pricing, and that would be great if we could get them a higher return. That said, looks like pricing mediums have backed off just a little. And as far as supplies go, whites are getting a little tight now. Availability on yellows and reds is good.”

CROP
Texas Rio Grande Valley:
Don Ed Holmes with The Onion House in Weslaco told us Dec. 19 that the 1015 crop is “growing nicely and dormant right now.” He said weather in the Valley has been “perfect with warm days and cool nights,” and the crop is on track.

Mexico:
Don Ed Holmes with The Onion House in Weslaco, TX, told us his Tampico-region sweet onions are doing well. “Mexico has had mostly good weather, with a little cooling, but the crop is right on track for late January sweets.” 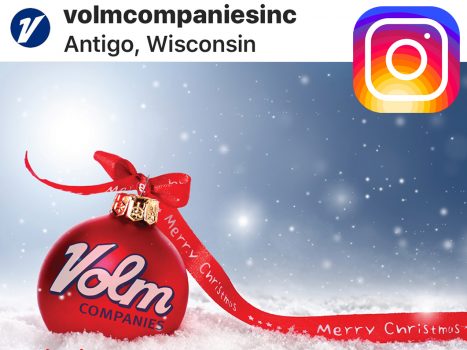