Market and Crop Update for December 7

New York:
Michelle Gurda with A. Gurda Produce in Pine Island told us on Dec. 6 that “demand this week is slow and prices are steady.” She said no one size is seeing higher demand than another, noting, “Right now everything is about the same, and quality and availability are both good right now.” The market, she said, “is flat right now.” Michelle continued, “Looking at next week, jumbo reds and jumbo yellows could have a slight increase in price due to the lack of trucks because of the holiday season.”

Michigan
Jon Meyer with Market Brothers in Michigan reported that demand was lighter last week but is picking up. “Demand has been good and we are getting some nice Michigan jumbo yellows,” he said. “We are tight on pre-packs, but we have a good supply of mediums available.” Jon said that transportation is a “nightmare.” He said, “Rates are anywhere from 30 to 80 percent higher. Right now we are just trying to educate our customer that the prices are going to be higher to accommodate these freight hikes.” Jon told us that pricing has been good. “We are seeing some price push from Canada, but we’re used to it.”

Idaho-Eastern Oregon:
Ken Stewart with Four Rivers Onion Packing in Weiser, ID, reported demand is steady this week. “We have been having some difficulty securing trucks, but demand has been good,” Ken said. Ken noted that pricing is good, and the market is solid. “We have seen the latest report from NOA, and it’s positive,” he said. “We know as a region we are shorter than normal in supplies, so that has helped the market.” Ken said he hasn’t received any negative feedback on pricing. “We have been taking care of our customers, and business has been normal for us,” he said. “There are some of us in IEO that will be finishing earlier than normal, so we anticipate there will be room for the market to move upward after the first of the year.”

Steve Baker with Baker & Murakami Produce in Ontario, OR, told us on Dec. 6 that demand “up to today has been fairly good.” He added, “There has been greater demand for jumbo yellows and larger sizes this week. We have more activity on medium yellows to ship out next week than we had this week.” He said the market seems to “be fairly steady,” and regarding availability, Steve said, “We have good availability on jumbo yellows and medium yellows. Super colossals and colossals are tight. We have fair supplies on reds, but whites, especially medium whites, are tight.” Transportation “has been very tight both by trucks and rail,” he said. “I don’t see that changing any time soon. It is not uncommon to lose a truck you had booked over someone else paying more than you quoted.”

Dan Phillips with Central Produce Distributing in Payette, ID, reported that demand is good this week. “We have good demand on all sizes and colors,” Dan said. “This is just one of those seasons where things are flowing smoothly. The only downside is transportation. Most seasons, trucks are tight at this time of year, but things have been compounded by the fact that in addition to no truck availability, we can’t get rail cars. However, we do feel things are going to open up after the first of the year, and truck transportation will be easier to find.” Dan said quality is excellent. “Our packouts are above average. We were just going over the numbers, and we are getting three more bags to the bin over last season – and we’re very happy about that.”

Washington:
Larry Denke with CSS Farms/Agri-Pack in Pasco told us that demand had been picking up this week. “That’s a good sign,” Larry said. “Pricing had slipped a little, and trucks still seem to be tight. Transportation is an issue, and I believe as we get further into December, it will be an even bigger issue.” He did note that the market is better now than it was this time last year. As for supplies, Larry said, “We’re down, and I’m not sure when we’ll finish. I’ll know better at the end of December. We’re still shipping all sizes and colors, and there’s a lot of demand on yellows – and we have lots of them. We’re where we need to be on whites and reds.”

Broker’s Perspective
Jason Vee with Vee’s Marketing in Lake Nebagamon, WI, weighed in this week on the market and told us, “Demand is probably on low side of average. Some of the cues for that go like this: It’s slow enough that guys aren’t shy to ask for deals. But it’s just strong enough that shippers aren’t budging either. At least not budging by much.” He said he does not see “a run on any one color or size this week. The weakest onion market is in medium yellows. And that’s especially true for the sheds carrying medium yellows that don’t have consumer lines.” Overall the market is “steady for being post-holiday,” Jason said. “Quality is excellent on all colors.”

And when asked to comment on transportation, Jason said, “Brace yourselves. E-logs are coming. The presence of E-logs has changed trucking already.” He continued, “I’m not nervous for what’s coming in 2018. I have at least one gentleman truck driver near retirement age that will do his last load this month because he doesn’t want to deal with E-logs. So that’s something we are dealing with, but it’s mostly procedural.” Timing has changed, and Jason said, “Washington to the Midwest takes one day longer than it did a year ago. I can’t load the same driver every Monday in Washington because they can’t do a Midwest run and turn around that quickly.” Not only that, he said, but “there is no longer any such thing as a fast truck driver. In order to set and meet expectations with our customers, we pick up product one or days earlier than we did a year ago, or we set delivery a day or two later than we did a year ago.” His takeaway from the situation? “People are understanding if you set their expectations.”

CROP
Larry Denke with CSS Farms/Agri-Pack in Pasco, WA, said on Dec. 6 the overwinter crop is all in, and he said, “Hopefully now we’ll get some snow.” 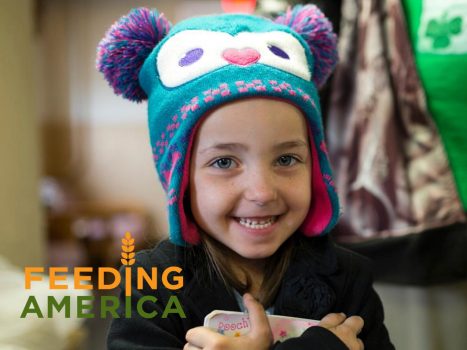 The Reason for the Season of Giving