MARKET
Idaho:
Rick Greener with Greener Produce in Ketchum told us on July 14 that he is selling lots of onions this week, and according to Rick, he needs to because he added another mouth to feed at the Greener place – a 10-week-old little Lab/Shar-pei mix female rescue pup named Rip. “Last week we were pretty hammered with demand, and we’re still very busy this week,” he said. “We’re selling onions out of Cali, New Mexico, a little out of Mexico, and some out of Washington. Mediums and pre-packs are still the hot items, but colossal business has picked up, so that tells us foodservice is back up and going. Deliveries for the most part have been good. We have had some hit-and-miss stuff, but onions coming out of Stockton have had really nice quality.” Rick added freight is still an issue. “Though everyone seems to be getting used to it, freight is still high, and it’s really tough getting into Miami. But the market seems to be strong right now. Everyone is staying in line. Now, with the Northwest coming on at the end of the month, we just need to make sure we hold that market up!”

New Mexico/California-Five Points/Washington:
John Vlahandreas with Wada Farms reported from his Salem, OR, office on July 14 saying that the market is strong this week. “Currently, the market is strong, and we’ve come up a couple of bucks from last month so that’s all good,” John said. “I am selling onions out of Five Points, CA, New Mexico, and a little out of Washington, but the overwinters there are almost done.” On demand, John said it is better than last week. “New Mexico had some rain. They got that all worked out and are going full steam again, but the slow down helped increase the demand this week. The overall demand has been mostly for jumbo yellows and reds. Quality has been good.” John said that Wada will be selling direct-seeded onions out of the Northwest starting July 26.

Walla Walla:
Michael Locati with Locati Farms and Pacific Agra Farms told us on July 14 the season continues to rock along, with both yellows and Walla Walla Rosés being harvest and shipped. “We’re harvesting transplants now,” Michael said. He added the season has a month to go, and he noted, “We went through a heatwave, but we kept water on the onions and we’re shipping quality.” On the “new kid on the block” Rosés, he said, “We have another five acres to harvest of those.” Labor, which is local, has been good transportation has been adequate this season, he said, and he added the break in the heat has brought the temperature back in line “more like a normal season and not excessive.”

California Central Valley:
Steve Baker with Baker & Murakami Produce in Ontario, OR, told us on July 14 that his operation is shipping out of Huron now. “Demand has been decent this week,” Steve said. “Medium yellows, jumbo reds and medium reds are the tightest items. All other items are moving fairly well, and quality has been good overall.” He added, “The market overall has stayed steady these past few weeks.” The sticking point, Steve said, is transportation, which is “the same story, different week. In a nutshell it’s a challenge.”

Gills Onions in Oxnard and Rio Farms are harvesting in Bakersfield now, and Megan Jacobsen provided us with an update from Steve Gill on July 14, “The onion crop and sizing are very large in the San Joaquin Valley as we harvest,” she said. “The weather is hot, hot, hot. However, we have varieties that are tolerant to the heat, and that is not a concern for us.” Megan added “We will be harvesting in this region until early September.  Our thanks to Gills Onions and the eye of Jose with Rio Farms for the awesome Bakersfield shots taken Monday, July 12.

CROP
Colorado Western Slope:
David DeBerry with Southwest Onion Growers in McAllen, TX, said on July 14 his Delta growers said their crops are coming along well. “It could be the week before Labor Day,” David said on the season’s start. “We’ll see as we go along.” He added the growers have had no labor or water issues, and although the temps have hit 100+ in recent weeks, “there’s plenty of water and no issues.” David added that the region is getting into its sweet corn harvest, which precedes the onion deal.

Colorado Western Slope/Utah:
Don Ed Holmes with The Onion House in Weslaco, TX, reported in on July 14 to say his Olathe grower, and reds and yellows will start from there the last week of August. “They’ve had near perfect onion-growing weather,” he said. Don Ed also said the Corinne, UT, growers have also said they’re on track for their season, with harvest in late summer/early fall and first loads shipped out in October.

Colorado Arkansas Valley:
Zach Mason with Zach Mason Farms in Fowler checked in on July 14, telling us the fires across the West are affecting his area, too, with the smoke and haze. “It’s hot and smokey down here in the Lower Valley,” he said. “Haven’t seen the sun in a couple days at least.” Zach went on to say, “The onion crop is looking great, and I think we’re on track to start harvesting the second week of August with all three colors.” 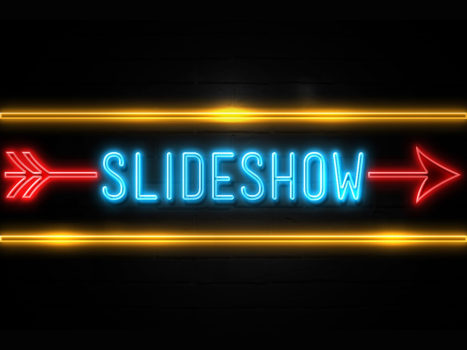