Steve Baker with Baker & Murakami Produce in Ontario, OR, told us June 19, “Demand has been excellent this week. Actually, most days demand exceeds supply.” He noted that demand is equally strong on all sizes now. The yellow market, Steve said, “has been on the rise since Monday, and it actually took another jump this morning.” He continued, “Our availability is normal this time of year. Unfortunately, demand is so good I good use double of our normal production to keep up with demand.” And, Steve said, “Quality has been very good.” Looking at transportation, he said it’s not currently an issue. “We haven’t had any problems covering our loads.” He noted about the SJV, “We should be shipping at least until mid- to late August.”

John Vlahandreas with Wada Farms reported from his Salem, OR, office this week. “We have completed everything out of the Imperial Valley,” John said. “Boy, it was long hours down there, but it was totally worth it and we had a great season! Now we are shipping out of Telesis at Five Points. Demand is very high. The sales are more than what they can produce each day, which has caused pricing to be set ‘day-of-loading’ except for program business. The market is unstable with jumbos pricing around $15 right now. I would have to say quality out of Five Points is manageable. They are getting through the early stuff, and what’s coming is going to increase on the quality scale.”

Steve Gill with Gills Onions told us June 19, “The market is steadily going up, and it’s welcomed and needed increase for our onion industry. For Gills Onions, it’s business as usual. This year’s Bakersfield crop is strong and onion size is significantly bigger than last year.”

John Vlahandreas with Wada Farms located Salem, OR, told us that Wada has started its Walla Walla shipments. “It’s a small deal, but we are shipping Walla Wallas, and there is good demand,” he said. “Pricing is around $22, and things there are going really well.”

John Harris with Paradigm Fresh in Fort Morgan reported in on Monday, June 17, saying, “I am hoping to get this week started off a better note than last week. I am worn out with all the ups and downs this market has seen over the past month.” John continued, “As long as New Mexico stays dry this week, we should see an increased volume from them this week as all the sheds should be ready to crank. Quality has overall been really good in New Mexico.” He said, “What we saw come in Friday from the rained on onions was a bit of very light stain but nothing to get worked up over.  Roots were a concern of mine, but they were mostly dry and falling off.  This week’s quality should only improve as everything has had a little more time in the dryers.” About California, John said that heavy rain, sporadic hail and high temps “have really stressed the crop to a point that I am just not sure how they are shipping it outside the state of California,” which, he said, “adds pressure to New Mexico to pick up the slack which it is trying to do, but the overall market reflects the current situation in the country.” On Wednesday, June 19, he followed up by saying, “It’s another great day to be in the onion business. New Mexico is plumb run over at this point.  Pricing is all over the place, mostly in an attempt to slow orders down a bit.  Whites are very tight, which is saying something as everything is very tight.” He noted that Washington “will have winter over yellows next week and that should provide some relief; however, we are going to see these New Mexico shippers hit a few gaps the end of next week and into the first week of July as they transition between their winter over crop and their spring seeded crop.” And he reiterated that “Overall, New Mexico quality has been outstanding.”

Jason Vee with Vee’s Marketing in Superior, WI, weighed in this week. “This is such a wild season” he said. “There is still a ridiculous amount of pressure on New Mexico. It seems like California is struggling to just cover their program commitments right now. That’s not leaving much room for open market sales. Until California comes to the table with some real volume, New Mexico will continue to get run over on all colors and sizes. That all works for me.  I lean heavily on New Mexico this time of year anyway. I’m not selling quite as many New Mexico carton sweets as I have in the past, but that may still come around.” Looking further west, Jason said, “Also, on the horizon are Walla Walla carton sweets. There was some packing in Washington this week already.” And, in tribute to a friend in the onion industry, Jason wrote, “I want to keep this market update short to leave some room to talk about Greg.  Greg Barness passed away on Father’s Day this past weekend.  I first dealt with Greg when he sat next to Larry Denke at Agri-Pack in Pasco.  Most recently, he and I did business together while he was with Eagle Eye.  Greg’s project was the Wahluke/Dell Christensen and Sons shed in Mattawa.” Jason continued, “Greg was a mentor to me.  I don’t know if he would have considered himself my mentor, but I learned a lot from him about onions, markets, good management and bad.  He always treated me fairly, even when it was difficult.” And he said, “I like to refer to the people I’m fond of in this business as the good guys.  Greg was one of the good guys.”

John Vlahandreas with Wada Farms reported on June 19 that Washington overwinters could start early this year. “Normally, the overwintering onions start shipping around July 4, but they have had really nice weather, so I wouldn’t be surprised to see them start shipping earlier. I understand the quality is looking very good.”

Dwayne Fisher and John Wong with Champion Produce Sales in Parma, ID, told us on June 19, that their Treasure Valley onions are looking good. John said, “Most of the fields are average in their growth, and some will start bulbing in the next few weeks. Overall, the crop is progressing well.” He said July and August will be the heavy bulbing period. Dwayne added, “The overall consensus is that yields in the Treasure Valley will be lower than last year.” He said the plan for Champion is to start packing on Aug. 19, adding, “We work hard to extend the season on both ends as part of our commitment to service and quality.”

Jason Pearson with Eagle Eye Produce in Nyssa, OR, told us on June 19 that the onions are doing well. “Everything is growing well,” he said. “As long as the temps stay in the 90s, we should be good to go.” He said the early onions should start the second week of August.

Bob Sakata, the youngest 93-year-old we know, told us on June 19 Sakata Farms’ fields near Brighton are all doing well. “The onions look very good,” Bob said, adding that those fields had been spared from hail. “It’s threatened, but no hail, and the stands are all looking good.” Harvest will start late August or early September, he said. 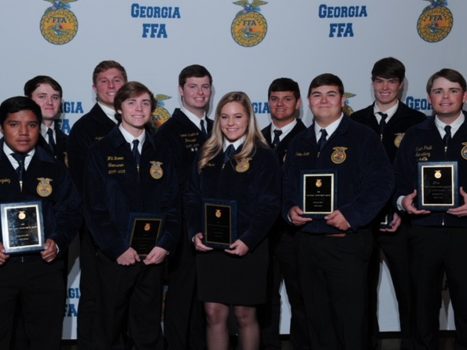