MARKET
Vidalia:
Danny Ray with Ray Farms in Glennville told us that demand has been very good this week. “We are pulling out of storage now, and the quality thus far is excellent,” Danny said. “Our availability and size profile is off a little, like most growers in Vidalia, but we do have a good supply of jumbos and mediums. We are just tight on colossals.” He noted that those sizes fit well with Ray’s retail customer base. Danny said that Ray Farms will be shipping until mid-or late August. “The weather reduced the crop size for everyone this year, but that seems to work just fine because our customers will have a smooth transition to onions from Peru.” Many thanks to Danny Ray for this week’s featured image of Vidalia onions taken June 27, 2018

New Mexico:
TJ Runyan with Mesilla Valley Produce in Las Cruces reported Mesilla Valley is finished with its overwinterings and has moved to the transplant and spring seeded crop. “Quality is excellent, and we are seeing very good demand for reds and whites this week,” TJ said. “We are bringing in some whites to cover that demand, and really, the market is very active for everything but jumbo yellows right now. We are hoping that that market will strengthen next week when we get a traditional big wave.” TJ said that because supplies are tight for everything but jumbo yellows, they are in supply management mode this week. “Depending on demand, we expect to finish sometime between mid-August to Sept. 1.”

Bob Meek with Onions 52 reported to us from the United Fresh show in Chicago on June 27, telling us that O52 is seeing very good demand for the onions grown at Carzalia Valley Produce in Columbus. “It’s still a struggle finding trucks,” Bob said, adding, “But there are no problems filling orders.” He said quality is good on the yellows, reds and whites, with reds tight “everywhere.” “It’s all good quality,” he continued, noting the yellows are sizing primarily to jumbos, “which is typical for this time of year.” The season is expected to run into mid-August, and Bob said, “We’re not falling behind at all with this crop.”

Washington:
Dave Brian with Agri-Pack in Pasco told us on June 27 the yellow overwinters started shipping late last week, and he said, “The onions look great. It’s one of the better looking new crops, but there is still a lot of old inventory out there.” The yellows are trending mostly to medium, and Dave said reds will start probably late next week. “All the new product looks really nice,” he said. Transportation, he said, “is a challenge.”

Broker’s Perspective:
Jason Vee with Vee’s Marketing in Lake Nebagamon, WI, told us on June 27, “I’d be a lot better off if I had about 10 more loads of 50# medium reds this week.” He continued, “Reds are scarce everywhere, but load volume 50# medium reds have been my most difficult item. Second most difficult is reefers in New Mexico. That’s gotten a little easier, but it’s also still not enough. On the upside, quality has been excellent.” Jason said reds are strong, and whites “have strengthened in a smaller way.” He went on to say, “There is always a hard push on hamburger onions (medium and prepack yellows) for consumers the week before 4th of July. The weakest onions right now are jumbo and colossal yellows.” Looking at new crop in the Northwest, Jason said, “Winter-over yellow onions have begun in Washington and Oregon this week. That alleviates some of the pain of loading reefers in California for me. Direct seed onions are only about three weeks out. Walla Walla sweets have also started.”

Speaking specifically about his part of the industry, Jason said, “Since this is the broker’s perspective, I’ll add that I’m having perpetual broker battles in some places. There is a whole spectrum of customers for me, from people that use me almost exclusively to people that mostly buy directly but still buy from me on occasion. All of that works for me.” But, he explained, “The perpetual broker battle is when a customer of mine and a shipper that I use somehow contact each other, and that shipper now claims some sort of imaginary direct-buying only contract with that customer. I’m going to get passed up on occasion. That’s never a shocker. What I think some shippers often miss is that I still get the opportunity to fulfill these orders. I vacation and go on hunting trips with some of these customers. Some of these customers are family friends.”

The upshot, he said, is “when a shipper waves the imaginary ‘I deal with them directly’ contract in my face when I bring orders, then I just buy them somewhere else. The logic seems straightforward.” Jason said, “However, the point of this is that if shippers were ambiguous about whether the order comes from a broker, even if they have done business with that customer before, that shipper will have more business than the one that shields all his direct business.”

CROP
Washington:
Bob Meek with Onions 52 based in Syracuse, UT, told us the Prosser crop is progressing well. “Everything looks very good,” he said. “In fact, I haven’t heard of a crop failure anywhere.” Washington will start shipping mid-August with all three colors available. Bob also talked about Onions 52’s Sunions program, which has seen increased exposure this year. “I was in Washington and saw the Sunion crop,” he said. “The onions are growing well, and we’ve done a lot of infomercial work and merchandising ahead of the new season.” Bob said, “We feel we will have Sunions for the holidays this year.”

Idaho-Eastern Oregon:
Brad Watson with J.C. Watson Packing Co. in Parma told us that the Watson crop is progressing well. “The onions have really grown in the last couple of weeks, and they are starting to bulb,” Brad said. “Due to better spring weather, we were able to plant earlier than last year, and we expect our season will begin earlier too.” Brad also noted that he has completed the second in a series of innovation videos, and OnionBusiness.com will bring that to you when it becomes available.

Bob Meek with Onions 52 said the Nyssa operation is looking forward to the 2018 season to kick off at the end of August. Crop is progressing well, he said.

Utah:
Bob Meek with Onions 52 in Syracuse said on June 27 the Utah crop “is looking good, with nothing out of the ordinary going on.” He said the start date is expected to be in late August.

Utah/Western Colorado:
Don Ed Holmes with The Onion House in Weslaco, TX, said his Colorado and Utah crops are growing well. “I talked to John Harold in Colorado, and he said the onions are progressing really nicely. That should start right around Labor Day.” The Utah crop will start shipping in early October, he said.

Mark your calendars for next Wednesday, July 4, when we will bring you a special Independence Holiday Edition with a six -month market and crop review with photos and video. Our regular reporting will resume on July 12. 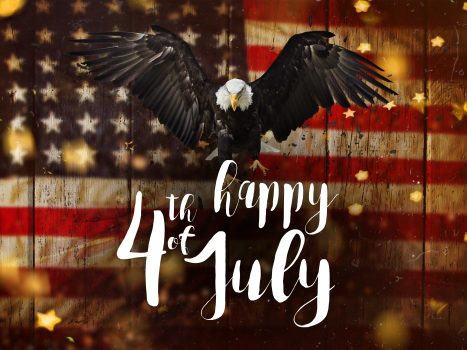