Market and Crop Update for March 29

MARKET
New York:
Andy Gurda with A. Gurda Produce in Pine Island told us that shipping is going well and the market is steady. “Demand has been decent,” Andy said. “It seems that demand is good for all sizes and colors. Basically, everything is status quo. We are shipping mostly New York onions, but we are getting some from the Northwest and other areas as needed.” Andy added that is a little early for planting, and A. Gurda will start sometime in April as weather permits.

Wisconsin:
Doug Bulgrin with Gumz Farms in Endeavor said on March 28 that quality remains excellent in the 2017 crop loads going out. “We will have good supply until early May,” he said. “Demand is picking up.” And about the 2018 crop, Doug said, “We’re anticipating planting in couple weeks.”

Idaho-Eastern Oregon:
Steve Baker with Baker & Murakami Produce in Ontario, OR, told us that demand “has been very good this week,” adding stronger demand has been seen for colossals and super colossals. Baker & Murakami has good availability on yellows and reds, and Steve said quality has been very good. “The market has slowly slipped the last few weeks. That has been somewhat frustrating since our demand has been very good the past six weeks,” Steve said. He added, “We hope the market will stabilize with more shippers finishing up for the season.” Transportation has been a bit easier, and he said, “So far this week trucks have been available for our needs.”

Dan Phillips with Central Produce Distributing in Payette, ID told us on March 28, “We will be done packing within the hour.” Dan said that demand has been good this week. “For what we had available, our demand was very good. At this point, the rest of our onions are committed.” Dan said the market seems to have leveled out. “Well, I haven’t had anyone ask for lower pricing, so all things considered, I would say the market has leveled off and is steady right now.”

Nevada:
Jessica Peri at Peri & Sons in Yerington told us last week was the finish for the 2017 Nevada crop. “We finished on March 21 at noon,” she said. Jessica said the California crops are coming along well. 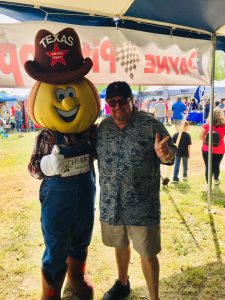 Texas Rio Grande Valley:
Don Ed Holmes with The Onion House in Weslaco said there are some onions shipping from the Valley, but his own will start in the next 10 days or so. “There aren’t many around now, but next week there will be more as we get into clip. If we clip April 4-6, we’ll have onions in the next few days after that.” Don Ed said the Rio Grande Valley deal will be a “nice transition as Mexico starts to trail off and Idaho-Eastern Oregon also starts to wind down.” The Texas onions will run into mid-May, and Don Ed said Chihuahua, Mexico, will start then and go through June. Leading up to the onset of his 1015s, Don Ed took part in this year’s Texas Onion Fest that was held March 24 in Weslaco specifically to celebrate that onion. It’s sponsored by the Weslaco Area Chamber of Commerce, and it has all the festivities one would expect in South Texas – live entertainment, Onion Eating Contest, food vendors, arts and crafts, kids’ activities and, kiddie rides and more. “It was a big, big crowd,” Don Ed said.

Mexico:
Dale DeBerry with AllVeg Sales in Bourne, TX, started his Mexico deal last week and told us business has been good. “Quality is great and production is good,” Dale said on March 28. “Prices could be better.” Right now he’s shipping reds and yellows, with whites yet to come. He said sizing is 70 percent jumbo and 15 percent each for medium and colossal. “We’ll run until April 20-25, and then I’m off to Georgia,” he said.

Don Ed Holmes with The Onion House in Weslaco, TX, said on March 28 he’s still seeing great movement out of Mexico. “We have all colors and all sizes, the full meal deal,” he said. “Trucks are still a struggle, but business is really good and we’ve had an unbelievable week.” This Tampico deal will go through April 10, right around the time Don Ed will start shipping Rio Grande Valley 1015s.

Broker’s Perspective:
From his unique vantage point, Jason Vee with Vee’s Marketing in Lake Nebagamon, WI, told us on March 28, “I’m still loading quite a few onions in Washington, but that’s not getting any easier. This time of year, I might have to stop at three different sheds to get three colors of onions. Sweets in Washington seem to be over. And I’ve loaded my last tricolors of the season.” He continued, “Texas, on the other hand, is moving right along. Quality on reds, whites, yellows, and sweets has been very good. There has been enough supply to get covered on everything without difficulty.” That said, Jason added, “However, I’m writing this on Wednesday before Good Friday. I’ve done this enough times to know that my Thursday and Friday this week are destined to have problems of some sort loading in Texas. Good Friday on the Texas/Mexican border holds a lot more weight than it does other places, so labor can be a problem. I expect trucks to tighten up as well.” And he also looked at the Midwest region, saying, “Don’t forget about Wisconsin yellows. It behooves all of us in onions if we help the smaller districts finish earlier rather than later. I have cold storage small jumbo yellows and medium yellows to move.”

CROP
California Imperial Valley:
Jessica Peri with Peri & Sons in Yerington, NV, told us that “El Centro is right around the corner, at least 7-10 days earlier than expected due to warm weather.” We expect to begin shipping April 16. Looking forward to a nice crop with good size. We will have a full line of organic and conventional onions.

California San Joaquin Valley:
Jessica Peri with Peri & Sons in Yerington, NV, said on March 28 that Firebaugh “is looking healthy,” and she added, “ All onions are planted. We are excited to have organic sweets, reds, and yellows in Firebaugh along with our conventional whites, reds, yellows and Sweetie Sweets.

Idaho-Eastern Oregon:
Steve Baker with Baker & Murakami Produce in Ontario, OR, said on March 28, “Our growers have been busy this week planting. The weather forecast the rest of the week is favorable for continuing planting.”

Dan Phillips with Central Produce Distributing in Payette, ID, said that Central growers are very close to having all of their onions in the ground. “Our owners are finished with planting, but we still have some outside growers that are getting close,” Dan said on March 28. “So far, everything is going well.”

New Mexico:
James Johnson with Carzalia Valley Produce in Columbus told us on March 28, “The crop looks good, and most of the overwinter are starting to bulb pretty quick. Spring seed onions are all up to great stands, and we are starting to push them a little bit.” 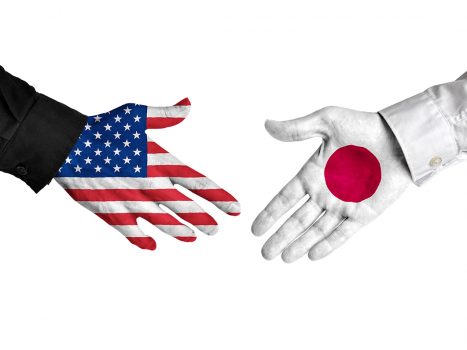