John Vlahandreas with Wada Farms reported from his Salem, OR, office on Nov. 17. When asked about demand this week, he said, “Well, before I say anything about demand, I want to say we probably would have a whole lot fewer onions if we could get trucks to move loads. I guess I should say there are trucks; there are not enough drivers. I am sure the Walmarts and the Targets of the world are working hard to get everything they need, but it leaves no trucks to move these onions.” He continued, “I don’t know what to do about this situation, but people need to get back to work. But why would they work if they don’t have to because they are getting the government checks in the mail? If they don’t get a check, it doesn’t matter – they don’t have to pay rent because they are getting forgiveness on the rent. And their landlord doesn’t care, because they are getting a bailout, too.” John went on to say, “It’s the same with the market. The market is great. It’s been strong for the last month and a half, and I can sell onions at these prices all day long, but what does a great market do and all the sales I can make if I can’t get the onions on a truck to the customer because I can’t get the truck to deliver them? The bad part is, there doesn’t look like there is any fix coming anytime soon.” John commented on the Thanksgiving sales week ahead. “Most shippers should be working three days next week,” he said. “If it looks like they can get what they need done Monday and Tuesday, they may take off Wednesday until the end of the week, but most will work through Wednesday and take off Thursday and Friday so the end of next week should be fairly quiet.”

Jason Pearson with Eagle Eye Produce reported to us from his Nyssa, OR, office on Nov. 17, saying that demand is good this week. “Demand isn’t as strong as it was last week, but it is still fairly good,” he said. “Buyers are mostly looking for jumbo yellows and reds, but we are seeing good demand on medium yellows, and demand for whites is picking up. Mexico is starting to buy whites again, which is good.” On the market, Jason said, “It’s steady. We don’t have any pushback on the market. In fact, the market on medium yellows is increasing.” But, he continued, “On the flipside, transportation is about the worst I’ve ever seen it. It’s expensive, and that’s if you can get a truck.” Jason added that “buyers have been placing orders for post-Thanksgiving, so we will be shipping three days next week – Monday, Tuesday, and Wednesday. We got ‘em, so come and get ‘em!” Finally, Jason wanted us to be sure to include well-wishes in his report. “I want to wish everyone a very happy and safe Thanksgiving!” he said.

Herb Haun with Haun Packing in Weiser, ID, told us on Nov. 17 that the market is “pretty steady” this week. He said, “We can’t complain. Everybody is doing pretty good.” He noted, “Next week is Thanksgiving, and technically anything ordered this week probably won’t get there by Thanksgiving.” Buyers have been making their orders for the holidays, and Herb said the pull has been good. Also, pricing has stayed strong, he said. “It’s stayed very stable the last two months.” Reds and whites are in limited supplies, and Haun is moving mostly medium, jumbo, and colossal yellows. Herb said the shed will likely finish its season by late February, somewhat earlier than normal, due to a shorter crop this year. “Quality is still very good,” he said.

Rick Greener with Greener Produce in Ketchum reported in on Nov. 17, saying that onions are tight across the board this week. “Produce in general seems to be tight this week, particularly onions,” he said. “I think it has something to do with pack time, but shippers are selling out. We are selling out of Idaho, Oregon, Washington, Utah, Michigan, and North Dakota.” And, he said, “As far as demand goes, we had a big rush today for the last of the Thanksgiving stuff, but most buyers bought early knowing what transportation is looking like, and it is absolutely horrible! Plan three to five days for a truck for the next six weeks, and plan to pay top dollar. That’s just the way it goes.” On the market, Rick said, “Still staying strong as ever!”

Don Ed Holmes with The Onion House in Weslaco, TX, told us on Nov. 17 his Olathe, CO, and Corinne, UT, deals continue to move along with good quality and supplies, and he anticipates onions will run through Christmas “for sure.” He said movement is good, and “trucks are tight” the week ahead of Thanksgiving.

David DeBerry with Southwest Onion Growers in McAllen, TX, said on Nov. 17 there are no changes to report in this year’s great onion deal for his Delta, CO, growers. “Thankfully no changes,” David said. “Movement is very good, and prices are steady to a little higher even.” David works with two growers who pack and ship from a single shed in Delta, and he has described the 2021 crop as having excellent quality, size and yields. He has also said transportation has been adequate, as has labor.

John Adams with John Adams Produce told us on Nov. 17 the onion market jumped $2 on Tuesday, and he said, “There is a shortage of mediums yellows right now. All sizes and colors are available, but medium yellows are tight – which is not surprising this time of year.” His business, he continued, is “still selling a lot of peeled onions, and I’m selling a lot of bagged onions to my regulars. Business has been good for Thanksgiving.” John noted that transportation “is a nightmare,” saying, “The big boys are grabbing all the trucks.” He said sheds in the Northwest have onions, but he said, “The price of trucks is making people leery. I’m getting calls, and it’s not, ‘What’s the price of onions?’ It’s, ‘What’s the price of trucks?’ I’m working on logistics right now.” John is also working on a company website, which he said will roll out soon.

Our thanks to Robert Bell with Western Onion in Camarillo, CA, for the photo of the 2020 crop being packed in New Zealand. Plus, we also have a Western Onion Sales team photo shot by Sherise Jones when she stopped by the Western Onion sales office earlier this week. 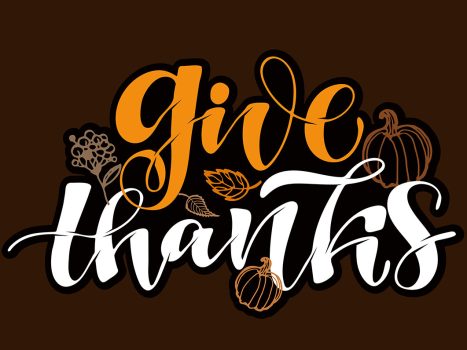