Market and Crop Updates for February 9

Nevada:
Cindy Elrod with Peri and Sons in Yerington, NV, told us that the market is “settling now that the weather has moderated a bit,” although she added that Washington was seeing snow in the Prosser region on Feb. 8. “There is more product on the market now, and we’re going through the snow time of the year. Prices have come off from higher levels, and Mexico came in early and will start pushing volume around Feb. 20. We really needed them to be late this year, and they were early.” Cindy said the Nevada operation has yellow, white and red onions and will ship another seven weeks and “then be done for the season.” Peri and Sons will start its California deal in the Imperial Valley the last week of April, she said.

Idaho-Eastern Oregon:
Steve Baker at Baker Packing in Ontario, OR, told us the market this week has slipped and “demand is fair at best!” He said, “There doesn’t seem to be any one size or color that is in demand over another, and as of today [Feb. 8] the market has slipped from last week’s prices. I’m hoping that the market can stabilize by week’s end.” Steve also said that imports from Mexico and Peru have accounted for 25-30 percent of nationwide shipments during the past week, “with the usual lower demand we have in late January and early February apparently causing pressure on the day-to-day market.” In addition, the new crop onions from Mexico are impacting the Treasure Valley onion market. “They are earlier and with more volume than normal,” Steve said. “As of Feb. 7, according to the onion market report, Mexico has shipped 1038 loads compared to 343 loads from a year ago” Steve said Baker’s availability is good on yellows and reds, with limited supplies of whites that are only being sold in mixer quantities. Transportation is better with trucks becoming more plentiful recently.

Nick Beahm with Eagle Eye Produce in Idaho Falls, ID reported that demand is slow this week. “It’s been quiet this week for potatoes and onions,” Nick said. Nick said the market is off as well. “There are a lot of onions out there,” Nick said. “Mexico is crossing with a lot of onions and our northern neighbors have a lot too. We thought that there may have been some shortage of onions out of IEO because of the storms, but we’re not sure that’s the case.” Nick said that whites are steady, followed by yellows, then reds. Eagle Eye has all colors and sizes available.

Iowa:
Charles Steingrabe, onion buyer with Capital City Fruit in Norwalk, IA, reported that demand is steady. “We have completely transitioned from storage crop to the fresh Mexican new crop,” Charles said on Feb. 8. “The Mexican fresh onion pricing is very competitive, and the quality is looking very good.” Charles reports that sizing is somewhat smaller than normal for this time of year, but Capital City Fruit expects the size profile to increase in the next week or two. Charles said that the company has all colors and sizes available.

Michigan:
Jon Meyer with Market Brothers reports that the market is slow this week and has dipped since last week, which is normal for this time of year. “It looks like the market seems more steady for reds than the yellow market,” Jon said. He added that Michigan is still getting pressure from Canada but has heard reports that Canada is having some quality issues with what is coming across right now. Jon said yellow availability is mostly mediums and pre-packs, and Market Brothers still has prepacks, mediums and a few jumbos in the red category. “Michigan growers are starting to wind down now,” he said. “It’s mid-February, and soon Michigan is going to be out of supplies.” Jon also reported transportation has been good and his operation hasn’t had any issues.

Mexico:
Ted Brasch, sales manager for Crescent Fruit & Vegetable LLC. in Edinburg, TX, reported that the volume of Mexican onions is picking up. “According to our growers, Crescent should expect to see good movement for the next three to four weeks,” Ted said. “Right now, the size profile is 50 percent mediums and 50 percent jumbos, but we are being told that that split may change to 80 percent on jumbos and 20 percent on mediums.” Ted said that Mexico has had perfect growing conditions this season, so the quality he has seen is very good.

Don Ed Holmes with The Onion House in Weslaco, TX, told us that the market has been “a little weak on mediums,” and he cited “new players coming in out of Mexico” along with shippers in Idaho-Eastern Oregon coming back into the deal following an upset in that region from snow-caused structure and product losses. “Everybody’s trying to get in at the same time when there’s not a lot of business anyway. It will take a little while for everyone to get a seat at the table again. Mexico came in about a month early, which tracks well for us down the road because they should be out a month early too.” He said he’s seen a $4 spread between jumbos and mediums, and “You don’t see that very often.” Don Ed said, “When this does start to come back – and it always does when demand comes back – it’ll turn on a dime.”

Broker’s Perspective:
John Harris with Paradigm Fresh in Denver and Fort Collins weighed in on this week’s marketing, noting, “Movement has slowed to a crawl on all items. From my vantage point, there is some frustration throughout the industry with this market and the variables that have created the flux. Between the snow market that got a little over-inflated towards the end and the very early and very large crop that has crossed from Mexico, the onion industry has had its share of challenges over the course of the last month.”

John added, “The market conditions change each day and are shed-to-shed and also by region. At this point, we seem to be doing more of our marketing and pricing on day of delivery rather than the day of the sale. All this said, I do believe this market is becoming mostly steady once again, and now we just need the daily movement to improve a little as it has slowed so much. It is typical of this time of year, but the heavily falling market hasn’t helped buyer confidence and is forcing them to keep their inventories a little tighter than usual so they don’t get caught with over-priced merchandise.”

Texas:
Don Ed Holmes with The Onion House in Weslaco said there are some onions in the Rio Grande Valley that “could go in February.” He said, “The way things look now, we might have to harvest the last week of the month. There are some new varieties that we were told could come on a weekly early, and the crop could be two weeks early overall. These are onions planted the last week of September. That’s fast. It used to be that early Texas onions would come on March 15.”

California:
Cindy Elrod with Yerington, NV-based Peri and Sons told us on Feb. 8 that the El Centro crop is doing well, with good-looking stands. She said the crop is on track for a late April start. The San Joaquin Valley overwintered onions will be ready in early June, and Cindy said the intermediate crop had some planting delays due to rain, “but all are in the ground now,” she said. “All we need is heat now.”

Mexico:
Dale DeBerry with AllVeg Sales in Boerne, TX, said the Mexican growers he works with say all is “good with the crop,” and he will start moving onions from Tampico Feb. 20.

Georgia:
Danny Ray with Ray Farms in Glennville reports that the Vidalia crop is looking very good. “We have had excellent weather so we may be looking at an early crop,” Danny said. Despite the crop being early, Danny said that Vidalia has established an April 24 ship date. He said that that the early varieties are starting to bulb, but it’s still too early to tell how the size profile will look at harvest time.

Dale DeBerry with AllVeg Sales in Boerne, TX, said the Vidalia crop is “looking real good and very early,” but he cautioned, “They can see cold weather there in late winter and early spring.” 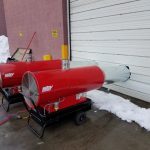