James Johnson at Carzalia Valley Produce near Columbus and the Mexican Valley said on Dec. 16 that 40 percent of the 2016 crop is overwintering. He added that 20 percent in transplants will be put in during the spring, and another 40 percent will be direct-seeded for the June-September shipping season.

“We have seen somewhat of an uptick in our reds because of demand,” he said. Johnson noted the company takes care of customer contracts before looking at trends, and he added, “Reds are a fickle thing, and it doesn’t take very much to have too many of them.”

The operation is looking forward to predicted precipitation from El Niño, he said.

Shawn Hartley of Utah Onions in Syracuse, UT, reports that his company, which ships for Washington, IEO and Utah, has seen a very busy week with strong holiday demand for smaller onions in all colors.  Market pricing has been steady, Shawn said, and quality remains good. He reported transportation has been better at this time of year than in past years, and Shawn said he is “cautiously optimistic” for an increase in the market after the first of the year.

At Champion Produce Sales in Parma, ID, John Wong said demand has been very strong this week, and pricing is steady. The red market remains high, and John said quality is good for Champion. He looks for transportation to tighten as the holidays grows closer, but that is to be expected and is normal for this time of year.  John also said he is pleased the area is receiving precip, with snow in the higher elevations – something growers are happy to see this time of year – and he’s looking forward to water availability for next season’s crop.

In Nyssa, OR, Tiffany Cruikshank at Snake River Produce reported good quality and said the sales office has been very busy this week with increased requests for the holidays. The market seems to be firming up for colors and sizes across the board, but in with emphasis on jumbo yellows. Tiffany said the red market remains high, and she also said SRP has seen increased interest and inquiries from Mexico, particularly for whites, and that could be a factor in the market. Transportation is tightening due to truckers’ interest in making it home for the holidays, and buyers should expect fewer days of rail service for the holidays as well. Tiffany said buyers are advised get holiday orders in as early as possible because of these transportation 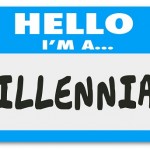