At Treasure Valley Farms in Weiser, ID, Manager David Blaylock said that this week’s market and movement are above average for the this time of year. David says he’s seen higher demand for mediums this week, adding he’s “very optimistic for a continued great market, and Treasure valley Farms is right on track with where we need to be for shipments for the balance of season.”

Also in Weiser, Ken Stewart in sales at Four Rivers Onion Packing noted that the market “has slowed a bit, which is normal for this time of year,” but he said he anticipates demand will pick back up in the middle of this month. “We’re very satisfied with the market right now. It is holding steady, the red market is very strong and prices for yellows are at good levels. The market for larger onions is still in the double digits, which is great,” Ken said. The operation expects to finish its season mid-March. Four Rivers Onion Packing is also proud that Bryan Bachelder, grower relations and operations at the Weiser facility, was recently appointed to the Oregon/Malheur County Onion Growers Board. “We are happy that Bryan was selected to serve and know he will do a great job,” Ken said.

Dale DeBerry of AllVeg Sales in Bourne, TX, told us he’d start packing his Tampico reds on the border Feb. 8. Yellows to follow on Feb. 15, and whites will start the first of March. Dale reports the growing season was ideal, and Hurricane Patricia didn’t hit the Tampico fields. And he said the Mexican market now is strong, “higher than here,” but he said when volume kicks in, the market will drop some.

John Harris with Paradigm Fresh in Denver/Fort Collins, CO, said that Mexico “crossed a fair amount of product last week.” Noting that most of the volume was in yellows with a few whites. “Mexico certainly crossed quite a bit more than what we are accustomed for this time of year,” Harris agreed with DeBerry that more volume will be coming across the border this week, and he said it will be “heavy to large yellows” with “an increased supply of whites as well.” John said that more supplies will bring the white market down by several dollars a bag “across all shipping areas.”

Derek Ennis, sales manager of potato and onions for L&M Cos., told us L&M started moving Mexico crop this week through McAllen, TX. “The first shipments look like good quality, but there is not much volume there,” Derek said. “Whites and yellows are crossing now, and reds should start in a couple of weeks.”

Harris said that supplies are “still short for the foreseeable future. Michigan, Wisconsin, New York and Canada are all only four to six weeks away from reentering the buying arena with large needs,” he said. “Most of these areas didn’t buy any significant volume in 2015 [but] that will be completely opposite this year, and it will absolutely have an impact on the market and on availability,” he added. “Medium yellows will be hard item to come by later this spring.”

Derek said that movement overall “is stagnant and very slow this week,” with the market holding primarily at $10 and $11, but he added he expects demand to pick up over the coming weeks. 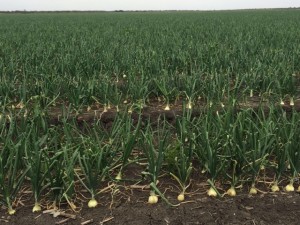 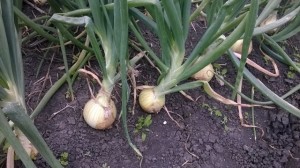