Western Colorado/Utah:
Don Ed Holmes with The Onion House in Weslaco, TX, told us his Colorado Western Slope and Utah deals are winding down. “Colorado will finish next week,” he said. “And Utah has about three weeks left. We’re definitely on the back side of the deal. Quality is still good, and sizes are trending smaller with jumbos and mediums.” Transportation has been good in both areas, he said. “Movement has been especially good for us because we’ve had trucks in Utah and Colorado when other areas haven’t had them. We’ve tried to push the market a little bit and got between 25 and 50 cents on jumbos, but that was mostly due to freight. But movement has been really good.” He said that quality has been an issue in some regions, and he noted, “As more and more people get into some quality trouble, this market has a better chance.”

Idaho-Eastern Oregon:
Nick Beahm at Eagle Eye Produce in Idaho Falls, ID, told us on Jan. 4 that “this week demand is pretty crazy for all colors and sizes, with whites at the top of the list, followed by yellows and then reds.” He said, “If you can get a truck, you can get an order,” and he said the market is strengthening. “Today’s jumbo price is a solid $4,” and he said Eagle Eye has all sizes and colors available with “outstanding quality.” Nick also said he is not sure if transportation issues are related to weather or to the possibility drivers are still getting back on the road after the holidays.
“Buyers need to calculate the necessary lead time on orders given the weather issues,” he said, adding, “The weather has created delays, closed passes and slower speeds, so buyers need to plan appropriately when making their orders.”

Kay Riley at Snake River Produce in Nyssa, OR, said on Jan. 4, “It’s cold and snowing and icy, and we’ve been under siege for a good month.” Kay noted an uptick in the market, saying, “Things have improved quite a bit, but we traditionally do have good demand this time of year and through the next few weeks.” The New Year, however, is “off to a slow start with the combination of the weather and getting transportation. We can’t get enough supplies in to pack.” He said demand has been good since the second week of November, and Kay was hopeful transportation will ease up soon. “But the weather continues to complicate things. We have sub-zero temperatures in the forecast for later this week and then rain and snow forecast for next week. We need the weather to cooperate because if we’re delayed, the windows get shorter.” However, he said, “We are grateful for the moisture.”

Steve Baker at Baker Packing in Ontario, OR, told us, “Demand was pretty good the week before Christmas, and then the week after Christmas demand was down a little.” Steve also said demand has been really good on jumbo yellows so far the first week of January, “which is typical for this time of year.” He said, “There seems to be a push to increase the pricing on jumbo yellows, and the market on whites has come up slightly from last week. The market seems steady on all other sizes and colors.” Availability is good on yellows with the exception of mediums, he said. There’s good availability on all reds, and whites are limited and sold in mixer volume only. And he noted, “Transportation on trucks has been very tight and has been a factor in limiting movement. The weather has played havoc with the trucks getting to our sheds to load, with numerous closures on I- 84 because of ice and snow.”

Washington:
Brenden Kent with Sunset Produce in Prosser, WA reported that demand this week is very good, “better than expected,” and he said, “There has been an uptick in the market for whites, yellows are a little stronger and reds are holding.” He added, “We are very happy with the quality of the pack-outs, and we expect that to continue through the season.” Brenden commented that transportation is beginning to open up on availability, but there are shorter lead times with the recent winter road conditions. When asked about exports, Brenden said, “That’s the million dollar question. Because of the Chinese New Year, we don’t expect to have orders this week or next. The window is getting smaller for significant exports, but we will just have to see what happens around Jan. 14 and 15.”

Oregon:
John Vlahandreas with Wada Farms in Salem, OR, said, “The market is stronger, but weather is a factor for production and transportation. The first two weeks of the New Year are going to be a struggle.” 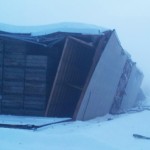