Market update for May 26

Three weeks into the New Mexico onion season, Young Guns Produce/Billy the Kid LLC in Hatch are shipping all colors and sizes. “We started shipping the first of May, which is a normal season start,” Chris Franzoy said on May 25. “The markets are good, and demand exceeds supplies in New Mexico. Weather is absolutely perfect. Prices are very good, and we expect that to continue,” he added. The New Mexico onions will ship through the third week of September, and Young Guns will move to the Washington onion deal at that time.

Chris Woo of Potandon Produce/Murakami Produce said the Vidalia market is good and remains steady. Most of Potandon’s onions will be harvested by the end of this week. Chris said, “Potandon, like most shippers, will start pulling onions out of cold storage for the next two to three months.” Quality remains good, and there have been no major issues, he said, adding that size profile is heavy on jumbos.

Cindy Elrod at Peri and Sons in Yerington, NV, said that company’s Imperial Valley deal is winding down this week, and production will move to the San Joaquin Valley on Monday, May 30. “We’ll start with yellow onions first, and the whites will come in June 1, followed by reds on June 8.” By the second week of June we will have volume on all colors. There might be a small gap with whites,” she said. The company’s organic program is working off the Imperial Valley’s certified crop mid- to late June, and the next organics will come out of Nevada in September. Cindy said rotation will have organics back in the San Joaquin Valley next season. “The 2016 season is going very well so far,” she said. “Every season is a little different, but this has been good overall. Prices are great.”

Derek Ennis with L&M Cos. said that company’s Imperial Valley deal has seen very good quality as well as supplies. This week, however, strong demand has exceeded available supplies, Derek said. He noted crews would finish clipping on May 25 packing for the area on Monday, May 30.

Doug Stanley at Harris Fresh in Coalinga and Huron said the market and movement have been good out of the Brawley area for his operation. This season brought what Doug calls an average crop, and he said the crews are wrapping up in the Imperial Valley and starting the transition north.

John Vlahandreas at Wada Farms said that Imperial Valley is finishing strong. Weather has been very cooperative and at times cooler than normal. Most shippers will be done running at the end of the week with some carry over for the holiday. Vlahandreas commented, “The late season quality has been phenomenal and demand has been fantastic.” 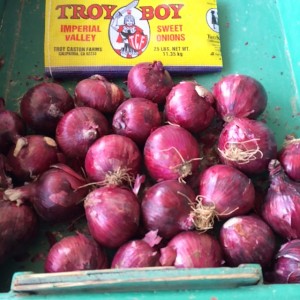 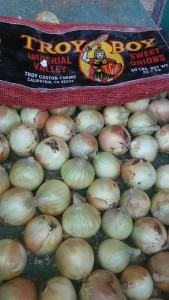 Crop News for May 26