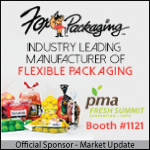 Idaho-E. Oregon
Trevor Frahm of Frahm-Fresh in Ontario, OR, said demand has been good. He said, “We are shipping as much as we want to now.” With the area’s labor shortage, Frahm is using crews to harvest and ship. Trevor said crews are about 50 percent complete on harvest and should finish up next week. He also commented that this crop is excellent in quality, and the onions have very good skins. The market has been steady, he said, and he doesn’t see any swing upward at least until storage harvest is done.

Dwayne Fisher with Champion Produce Sales in Parma, ID, said demand has been steady this week and Champion has been busy keeping up with that demand, which has been across the board for all colors and sizes. Dwayne also told us the 2016 crop has come in with excellent quality, leaning toward larger profile. Currently Champion has limited production in the shed, due to a labor shortage, and Dwayne said the issue is widespread and availability could be tightening up over the next three to four weeks. The labor shortage has prevented Champion from starting its normal packing at its Utah facility, he said. Although the market has been steady, he said, “The market isn’t that great when you think about all of the increased costs of doing business. We pay more for pallets, cardboard – just about everything from growing to packing has increased in cost. Then add the huge increase in labor costs, it makes it extremely difficult for us, even with a steady market.” He said Champion has been exporting a few loads each week for the last several weeks to Australia, and there have been Mexican buyers in the area this week with particular interest in purchasing smaller size reds.

Nick Beahm with Eagle Eye Produce in Idaho Falls told us right now the market is very unsettled. “It’s pretty rough out there,” he said, noting supply is exceeding demand. Nick added, “The quality is absolutely excellent, but with everyone trying to get all of their onions harvested, there are a lot of onions out there right now. Add to it the labor issues, and it makes for a pretty crazy deal.” He said he foresees things starting to straighten out in the next two to six weeks. “We don’t really need to go so hard this early,” Nick said. He also said he expects many shippers to start slowing down until the market gets back on track.

Washington:
Larry Denke at Agri-Pack in Pasco told us on Sept. 21 the yellow market was at $6.50 for colossals, $5.50 for mediums and jumbos and “as little as $5 on bulk.” The company is running field onions until Oct. 7, “depending on movement,” and Larry said, “We’re trying to do as much export as possible, because that’s $6.50.” Agri-Pack has been shipping to Taiwan and Japan, he said. Larry added that the red market was hurt by “too many red onions, and it sounded like it was the norm through the summer.” He said reds were bringing $5 on 25-pound bags for both jumbos and mediums. Whites, which are already in storage, are being run for mixers and are seeing $9-$10 for jumbos and $8 for mediums, he said. “The new crop has really good quality, and I believe everyone’s storage will be overfull. Yields were really good this year,” Larry said. “But we’ll have exports.” He said labor has been “tough,” and he said it’s been easier finding female workers than male workers. Agri-Pack is doing better than some company’s in securing workers because it’s year-round.