An April 25 executive order from President Donald Trump was put into effect in the presence of newly confirmed Secretary of Agriculture Sonny Perdue and a 14-member farmer roundtable, among whom was Maureen Torrey.

Maureen is part of the 12-generation Torrey Farms in Elba, NY. Her family has been working the soil of this nation for more than 300 years, and OnionBusiness.com salutes Maureen, as well as the other roundtable participants, for their service.

In addition to the roundtable, the order, published in the Federal Register, also established an Interagency Task Force of Agriculture and Rural Prosperity, to be under the direction of Perdue.

The separate task force will be made up of Perdue as chair, as well as the Secretaries of Treasury, Defense, Interior, Commerce, Labor, Health and Human Services, Transportation, Energy, and Education.

The President’s assistants Domestic Policy and Economic Policy are part of the group, as are the administrator of the Small Business Administration, the United States Trade Representative, director of the National Science Foundation and “the heads of such other executive departments, agencies, and offices as the President or the Secretary of Agriculture may, from time to time, designate.”

According to the published document, “The Task Force shall identify legislative, regulatory, and policy changes to promote in rural America agriculture, economic development, job growth, infrastructure improvements, technological innovation, energy security, and quality of life…” Among its goals are the removal of “barriers to economic prosperity and quality of life in rural America,” the advancement of “innovations and technology for agricultural production and long-term, sustainable rural development,” strengthening and expanding educational opportunities for students in rural communities with a focus on ag education, science, tech, engineering and mathemathics.

It will also “empower the State, local, and tribal agencies that implement rural economic development, agricultural, and environmental programs to tailor those programs to relevant regional circumstances” and “respect the unique circumstances of small businesses that serve rural communities and the unique business structures and regional diversity of farms and ranches.

The full document can be read at https://www.federalregister.gov/documents/2017/04/28/2017-08818/promoting-agriculture-and-rural-prosperity-in-america.

Video of the Week – Arizona Harvest 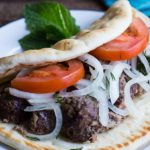