“Some stands were affected, and some weren’t hit at all,” he said of the system that preceded Hurricane Patricia’s landfall on Oct. 24. “We got some rain during planting, but overall the crop is looking very much average – with a whole lot of weather to go.”

The spring onion deal in New Mexico might see a slight bump in reds, T.J. said, due to rotation, and he said the plan is to start shipping in late May or early June and move fresh-market onions through August. 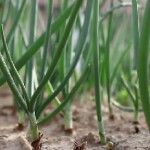