Mexican onions will start shipping in the next few days, and early indications are for a good crop in both yields and size.

Ted Brasch, salesman for Crescent Fruit and Vegetable, a family-owned company that grows and ships watermelons from Edinburg, TX, said Crescent will start moving yellow and sweets on Monday, Jan. 25. Whites will start the first week of February and reds will be going by the second or third week in February.

Ted reported that weather and conditions have been very favorable this season, and this looks to be the best Mexican crop in three or four years, with good yields and size.

From his office in Weslaco, TX, Don Ed Holmes of the Onion House said he’ll start shipping that week as well with light volume. “Volume will hit the first week of February,” Don Ed told us. “Also, a lot of the early deal will go in cartons.”

Also providing info on the Mexican onions was John Harris of Paradigm Fresh in Denver/Fort Collins. John told us, “Mexican yellow onions are beginning to cross in light volume. Medium yellows will be available in small quantities in 50# sacks this week.  Jumbo Yellow 40# cartons will be available next week, and I’d expect to see a few 50# sack jumbo yellows start to cross in early March.  Whites and reds are still a few weeks out.”

He agreed with both Ted and Don Ed on good volume hitting later in January, and he said, “Quality will be top notch out of the gate.” 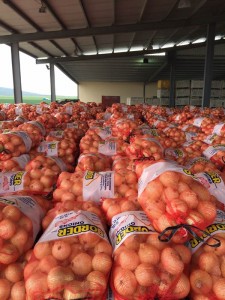 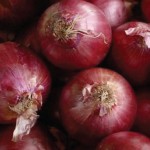