For the third consecutive year Mike McKnight, co-owner of Fremont, MI-based Modern Produce Equipment, attended the mammoth Fruit Logistica in Berlin, and the longtime ag professional said the show is enormous in both physical size and professional reach.

Modern Produce Equipment was among the exhibitors in the Upmann booth, a German produce line manufacturer that accommodated several U.S. suppliers who were on hand to demo their equipment. Mike explained that exhibits were grouped by commodity, equipment and country for the convenience of attendees

“We had visitors from all over the world at our booth, and I visited the M&P Engineering and Tong exhibits while I was there,” he said.

Modern Equipment is a representative for the British company M&P Engineering and its onion peeler, which is manufactured on demand for buyers. In addition, Modern Produce Equipment works with Tong Engineering, Marcelissen and Upmann, and by combining the technology can provide a system that handles peeling, bagging, bin tipping, grading, weighing, topping and tailing

Mike said the M&P Engineering Onion Peeler is among the leading onion peelers in Europe, topping and tailing as well as peeling them. With Tong Engineering components, the line can handle bagging, bin tipping, grading and weighing and can handle 110 onions up to jumbo size per minute, and Marcelissen technology takes the peeled onion “to the next step with slicking and dicing.” 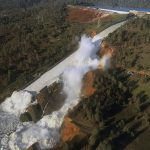