During the Industry Breakfast on Friday, June 9, Moss Adams LLP accounting firm was among four IOFVA associate members to provide attendees with a company update and a look at the revised tax plan as proposed by the Trump Administration. Representing Moss Adams were Ben Sappington and Rachael Gieseke of the Yakima, WA, office.

Moss Adams LLP is one of the 15 largest in the United States and provides accounting, tax and consulting.

During her slide show presentation, Rachael told the breakfast group that the tax reform plan, which was made public on April 26, proposes to lower business taxes and simplify the tax code through a number of different approaches that are also meant to stimulate the economy. The President’s plan differs slightly from the House Republican tax reform blueprint.

One of the most significant aspects of the Trump plan is to lower the corporate tax rate from its current 35 percent to 15 percent. President’s Trump proposed rate is 5 percent lower than the 20 percent proposed by the House.

Individuals would also benefit from the new tax plan, according to Rachael. Instead of the current seven tax brackets, there would be three – 12 percent, 25 percent and 33 percent.

The company’s web site adds this: “Most itemized deductions would be eliminated, except for mortgage interest and charitable contributions. State sales and income tax deductions would also no longer be available. This mirrors the (House plan) and is in line with President Trump’s campaign proposal.”

The Trump proposal also calls for repealing the estate tax and replacing it with a capital gains tax. 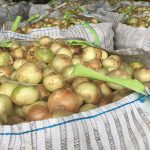 Photo Galleries of the Week, June 15