National Ag Day gets to the heart of the industry

Just about as all-American as apple pie and baseball, National Ag Day is a celebration of what had made this country great – its farmers, ranchers and entire agriculture community.

An annual observance, National Ag Day was established in 1973 and is organized by the Agriculture Council of America with the purpose of encouraging Americans to learn and the role of ag in our everyday lives. This year on March 20 and throughout the week leaders from across the country and the ag spectrum took part in a series presentations and activities, with several events hosted in the nation’s Capitol.

During a presentation at the USDA, Vice President Mike Pence told the gathering that it “is remarkable to think, on this National Ag Day, what American agriculture does and how advanced it is. America’s farmers have long led the world in innovation and achievement. And as this group knows better than anyone, working in American agriculture today is a far cry from your grandfather’s farm.”

He continued, “In fact, today in America, we grow and produce here on Earth increasingly depends on the satellites and the technology that we have circling the globe in outer space.”

Also remarkable, Vice President Pence said, is the fact that “agriculture accounts for nearly one-tenth of our nation’s economy, in large part because we export more than $100 billion worth of agricultural goods every year. In fact, every $1 billion in agricultural exports supports approximately 8,000 American jobs.”

Agriculture Secretary Sonny Perdue noted, ““For the past 45 years, National Ag Day has played a key role in helping people understand where their food and fiber comes from and how important agriculture is to our national economy. Our farmers, ranchers, foresters, and producers in America are feeding and clothing the world – and it’s important to never forget that. I am thrilled that we have a day, really a whole week, where we can celebrate the bounty of the American harvest.”
The National Press Club hosted a panel discussion in Washington, D.C., looking at the relationship between consumer and farmer and the matter of sustainability. A story posted at http://www.farmfutures.com/farm-policy/celebrating-agriculture-and-farmers noted that the panel, which was moderated by Farm Broadcaster Max Armstrong, “engaged in a range of issues surrounding sustainability including the idea that producers should continue telling their story of the work they do on the topic.” The panel included John Teeple, representing John Deere; Mark Ulness, John Deere Outstanding Young Farmer; Emily Buck from Ohio State University; Zippy Duvall from the American Farm Bureau Federation; and Sarah Hendren from Culver Franchising Systems LLC.
Other events in the Capitol included an Agri-Pulse Ag & Food Policy Summit, and Ag Day observances were held in every state as well.

How did you celebrate National Ag Day? 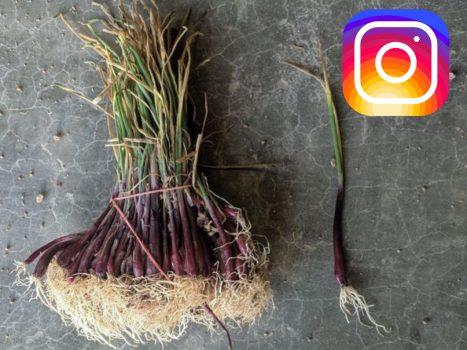