Among the many up-to-date industry stories on National Restaurant Association’s website, https://www.restaurant.org/news/headlines, are these three current news accounts dealing with the slowdown in restaurant job growth in recent months, how the upcoming election might affect foodservice and how the “new normal” is bringing about innovation in that market sector.

The most recent of the three topics was posted Oct. 20 with the headline “Thirty-two states lost restaurant jobs in September.” Noting that restaurant employment in 47 states and Washington, D.C., remains below February’s pre-COVID-19 level, the story also said that following a sharp incline following the lockdown, restaurant job growth then slowed significantly, with employment remaining at 2.3 million fewer jobs than during the pre-pandemic peak in February.

“On the state level, job-losers outnumbered job-gainers by a wide margin in September. Thirty-two states experienced a net decline in restaurant jobs between August and September, while only 18 states and the District of Columbia saw employment levels rise,” the story said.

It went on to say that “approaching cooler weather was likely a driver of some staffing reductions in the northern states in September,” but it added that trends weren’t uniform, and New York, New Jersey and Connecticut combined added more than 20,000 restaurant jobs in September. But during that same month, many states, including some in the South, lost a large number of jobs.

On Oct. 17 the site posted a story that said the Restaurant Law Center “looked into a crystal ball to see how election results might impact the restaurant industry, with that story available at

https://www.restaurant.org/articles/news/how-will-the-election-affect-your-business. Regardless of the outcome, the story said, “… you’re bound to see changes in laws and regulations affecting the way you conduct business.”

The Presidential election is important, of course, as are many federal and state contests.

“In the House, races for 28 seats are competitive, but no matter who wins those contests, Democrats are likely to retain control, with Nancy Pelosi as Speaker of the House.”

One reason state contests are so important in 2020 is that “winners will redraw legislative districts based on this year’s Census count. Up for election are governorships in 11 states, attorneys general in 10 states and 86 state chambers, 22 of which are expected to be closely contested.”

Pandemic relief has stalled, but bipartisan legislation in both the House and Senate has been proposed for “$120 billion in grants to restaurants, a second round of forgivable Payroll Protection Program loans, employee retention tax credits, a ‘healthy workplace’ tax credit for increased COVID-related business costs, and other measures.”

The story quoted Aaron Frazier, the National Restaurant Association’s director of healthcare and tax policy, who said that it’s “critical for restaurant operators to stay engaged and keep pressing so there’s a breakthrough by the end of the calendar year.”

Gabriel Gillett, partner at Jenner & Block in Chicago, said that if the election gives Democrats “either the White House or a majority at federal or state levels will result in more regulation; a Republican win in the national election will result in less federal regulation, but potentially more state regulation.” The issues that could be affected include health and safety, OSHA rules on PPE, legislation on vaccine enforcement and labor and employment on multiple levels.

Those innovations include “pop-up restaurants in parking lots and contactless ordering and payment options,” the story at https://www.restaurant.org/articles/news/new-normal-inspires-new-innovations-in-industry.

“Due to COVID-19, the restaurant industry has seen more change in the last six months than in the last ten years according to Tama Looney, Brand Analytics & Customer Engagement Executive with Xenial, who has been in the restaurant industry for a decade and in the consumer insights and analytic industry for over 20,” the story said. Looney was quoted as saying, “Anything to maintain revenue during this time is important, as well as making sure your service model is as safe as it can be for the customer and your employees so they feel comfortable coming back to you again and again.”

She said that after conducting surveys and going through restaurant industry news, she has seen the industry “quickly respond to the coronavirus pandemic to create socially safe restaurants…”

Some of the tactics include offering contactless payment; requiring employees to wear masks; providing sanitation stations; making sure there’s visible evidence that surfaces are being continually sanitized and wiped down; closing down areas where people congregate; providing kiosks and apps for contactless ordering; and clearly communicating about any new precautions in place.”

Looney said she’s seen “double-digit growth in consumers’ use of mobile apps to facilitate ordering, paying, delivery and pick-up. Pre-COVID-19, she says, consumers had app fatigue and were hesitant to download yet another app on their phones.”

And she was quoted: “Now there are progressive web apps, called PWAs, that look exactly like a mobile app but you don’t have to actually download something through the app store,” she says. “And they don’t take up as much space on your phone.”

The upshot, Looney said, is that the pandemic has brought to the fore the resilience and “entrepreneurial spirit of restaurant owners.”

“In five months, I expect we will have 20 new things to talk about because restaurants are always innovating,” Looney said in the National Restaurant Association story. “All it takes is an infusion of technology into the space to really help each and every one of us to feel normal again when dining out.”

On the road with Steve Gill and Jose Cardona 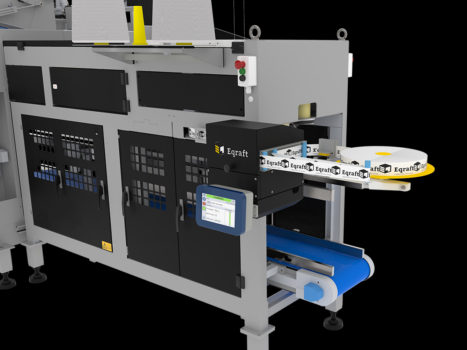