New ‘Season of Giving Promotion’ kicked off by G&R Farms

The folks at G&R Farms in Glennville, GA, have come up with a new annual program focused on giving during the holiday season.

According to a company spokesperson, the onion company is partnering with Costco and Schnucks Supermarkets in the “Season of Giving” promo, with G&R pledging a predetermined dollar amount based on the number of boxes of onions provided from its year-round supply of sweets from Georgia and Peru. The onions are being shipped to the retailers during promotion, with each retailer given the option of selecting a charity of choice.

Walt Dasher, Vice President of G&R Farms, said, “We have been blessed with an increased demand of our sweet onions this year while so many Americans have suffered personal and financial losses due to the COVID-19 pandemic.  Therefore, we felt compelled to offer support and give back to the communities we serve.”

The promotion launched with Costco’s Texas Division on Nov. 16 and will run through Dec. 31.  The funds raised will benefit the local United Way subsidiaries in the Costco Texas’ markets.   As the world’s largest privately funded non-profit, United Way provides health, education and financial stability to the 1,800 communities they serve in the U.S. and worldwide.  A sticker will highlight the promotion on all sweet onion bags, and G&R Farms will conduct PR and social media activities.

For Schnucks, the “Season of Giving” campaign will run from Dec. 1 through Dec. 31 and will benefit Operation Food Search (OFS), an organization is committed to providing immediate food assistance to those in need.  Both OFS and Schnucks are headquartered in St. Louis, and OFS distributes more than $35 million in food and necessities to 330 community partners in 31 Missouri and Illinois counties as well as in the city of St. Louis.  The Schnucks’ promotion will include a new secondary merchandising display, tear-off pad, stickers on all sweet onion bags along with PR and social media activities.

Walt continued, “When we started working with the United Way and Operation Food Search, we realized what a huge difference they are making for so many people in need, especially during these very difficult times. That’s when we decided to make this an annual event.  Our goal is to increase the size and scope of the ‘Season of Giving’ promotion each year.” 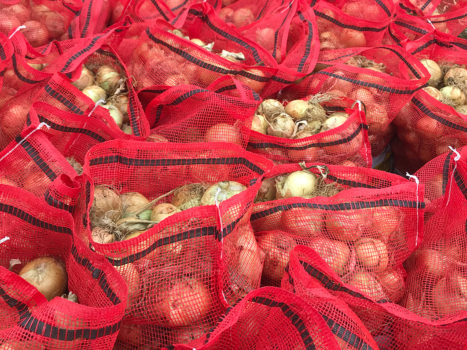