O is for Onion Ring, as in National Onion Ring Day June 22

As total lovers of all things onion-yummy, we set aside time of reverence on June 22 to fully appreciate the 24-hour period as National Onion Ring Day.

And, as is fitting for our fave vegetable, there are actually TWO onion holidays in late June, with National Onion Day celebrated on press day, June 27. So happy days, fellow onion lovers!

There’s a good bit of history surrounding National Onion Rings Day, which is celebrated not just on U.S. soil but also in Canada, United Kingdom, Ireland, Australia and some parts of Asia. We’re told the exact origin of this most delectable of treats is unknown, but there is a recipe called “Fried Onions with Parmesan Cheese” that is in John Mollard’s 1802 cookbook “The Art of Cookery Made Easy and Refined.” Obviously a man ahead of his times, John suggests “cutting onions into 1/2 inch rings, dipping them into a batter made of flour, cream, salt, pepper and Parmesan cheese then deep frying them in boiling lard.” Heck yeah. Of course lard might be replaced with something a bit less artery-clogging, like maybe EVOO. But John, in his infinite wisdom, goes on to recommend serving the rings “with a sauce made of melted butter and mustard.”

There are others who believe that a recipe for “French Fried Onions,” one not claiming to have originated the dish, “appeared in the Middletown, NY Daily Times on Jan. 13, 1910.” And there’s the Pig Stand restaurant chain, founded in Oak Cliff, TX, in the early 1920s, which is among those who claim to have invented onion rings. Any eatery that calls itself the Pig Stand is legit in our book.

Back in 1933 the Gray Lady herself printed a recipe for “deep-fried onion rings that are dipped in milk then dredged in flour. The recipe was actually in a Crisco advertisement in The New York Times Magazine.

Fast forward to the ‘60s, when music was excellent and fast food was somewhat healthier, the A&W restaurant chain popularized onion rings at its drive-ins. At least one of us at OnionBusiness.com was a car hop (briefly… the career ended when a gust of wind dumped two milkshakes and a rootbeer float down our white blouse…) at A&W and can attest to the clamor for onion rings over the stacticky speaker.

Well, all this adds up to how best one can celebrate National Onion Rings Day, which shouldn’t be just one day a year but rather 365/66. We’re advised at https://nationaldaycalendar.com/national-onion-rings-day-june-22/ to “ head to your favorite ‘onion ring’ serving restaurant, place your order and enjoy or try the following recipe:” that can be found at https://nationaldaycalendar.com/fast-and-easy-onion-rings/.

Our profound thanks to the Powers That Be who came up with this (additional) reason to celebrate onions! 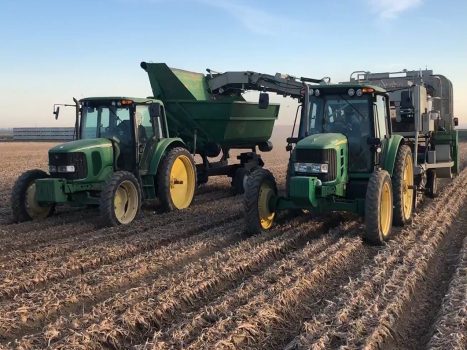