The final rules issued by the FDA to implement the Food Safety Modernization Act were published on Friday, Nov. 13, and were largely met with a “we can live with them” reaction from the U.S. onion industry.

OnionBusiness.com spoke with Wayne Mininger, executive vice president of the National Onion Association based in Greeley, CO, and with Kay Riley, general manager of Snake River Produce in Nyssa, OR, and past chair of the NOA, about the food safety rules that directly affect onion production.

The men concurred on the upshot, that the final posting on the Federal Register is much better than the rules put forth originally regarding irrigation water quality.

First drafts of the rules pertaining to irrigation water quality were, sources agreed, so stringent they could have ended the domestic onion industry. Initially the rule banned use of water that contained more than 235 colony-forming E. coli units per 100 milliliters of water.

Research and lobbying efforts of growers and congressional representatives convinced the FDA to allow irrigation water that exceeds the standard that applies to other produce items if there is an appropriate time between final irrigation and harvest. That provides a die-off period for any E. coli from the irrigation.

“This is much better than the original rule, which would have required us to test and treat water or not use it,” Riley said. “The FDA hasn’t really changed much other than to be more flexible on the water.”

Riley said the Treasure Valley will use local water districts for the testing, and all growers will be given access to the information.

“The test will establish a baseline for the die-off,” he said, noting that the limits put in place by the FDA are higher than any grower/shippers have experienced in the IEO growing area.

“So through normal practices we should be able to live with this,” he said.

He credited the change of ruling to the “great effort of the Idaho-Eastern Oregon Fruit and Vegetable Association, our scientists, the states’ departments of agriculture and the National Onion Association.” Riley said simply, “We would have been out of the onion business if they had use the original rules, and we think this is a big success for the onion industry overall. To their credit, the FDA was receptive and thoughtful to our input.”

Mininger said he agrees with Riley, adding, “The needle was moved far enough to the reasonable side. The industry will be doing some things differently in testing and logging and keeping records, but the reactions I’ve heard is that this is workable. We have to compliment the FDA in its recognition that one size does not fit all in regards to irrigation water quality requirements.”

The FDA document states, “Require compliance within time periods ranging from two to four years based on the size of the farm, with an additional two years to comply with some of the proposed water provisions.”

Derek Ennis weighs in on onion market from L&M Cos. Raleigh office 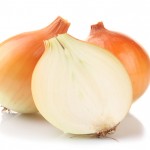