Dale DeBerry, whose nearly six decades in onions has made him a familiar name throughout the industry, is at the helm of a new operation, AllVeg Sales in Boerne, TX.

“I started AllVeg in September 2015,” Dale said. He said that after selling only onions for decades, he added Mexican carrots to his mix with AllVeg.

Working most of the onion deals across the country, Dale started up in Mexico on Jan. 30, he said.

“We started the harvest process on Saturday on the red onions,” he said.  “It takes about a week to cure, pack and ship them to the States. We will pack on the border on Feb. 8. I do my transfers at San Antonio Commission warehouse in Alamo, TX.”

Following the reds, AllVeg will have yellows “about a week later [mid-February] and whites by March 1,” he said.

“Mexico is shipping its early yellows and whites now, and the reds are a little earlier because they’re transplants,” he said. AllVeg onions are all grown in Tampico, Dale added.

“Mexico is sizing fairly good, and the growing season has been ideal,” he said. “It started a little late but caught up, and it’s been a good year so far. In fact, the market is higher there than here, but that won’t last. As soon as volume comes, it will drop some.”

From Mexico DeBerry will move to Georgia to do Vidalias.

“I sell for Gerrald’s Vidalia Sweets in Statesboro, GA, during their season,” he said He’ll be in the deal into September, and after that he’ll take a break and then go into the IEO and NW deals.

“I don’t see any big surprises this year,” Dale said of the onion market. Most of his sales are to foodservice and processing, and he said he anticipates a “fairly calm” market.

Commenting on the evolution of the industry, DeBerry said, “The biggest change I’ve seen over the years is with contracts, which are a lot more prevalent in every market segment. It used to be mostly just process, but programs have changed, and retail is very big on contracts now.”

The veteran added, “Change is good. Most of the time, anyway. We have to try to keep up, and for some of us in the older generation, it can be a little difficult at times.”

Of the issues facing onions and all produce, Dale DeBerry said labor is one of the most critical.

“Last year we actually had a labor shortage in Mexico, and this year it will be worse because of stricter regulations. You can’t have anyone under age 18 in the fields during school time, or the employer will go to jail,” he said. As a result, more automation is being introduced in Mexico. 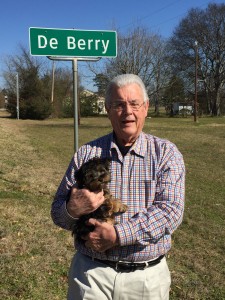 Retail pickup/delivery options a ‘call to action’ for industry? 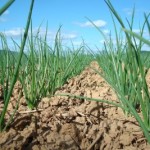