OniOni first-timer at PMA in Atlanta

One of the more than 100 worldwide onion industry booths at this year’s PMA Fresh Summit in Atlanta, GA, is first-time exhibitor OniOni from Hokkaido, Japan, and its Super Onion at #5438.

“The Sarasara Red was developed in 2004 and sells out at Japan’s high end grocery stores each year,” OniOni’s booth literature reads. “It is high in Quercetin (a flavonol with properties that research has shown lower blood sugar and pressure. It is excellent in salads and other raw recipes.”

The Sarasara Gold was developed in 2012, and the booth listing on PMA’s convention page reads that the Gold “has the same health properties as the Sarasara Red…”

Dr. Daisaku will be on hand to greet booth visitors when some 20,000 attendees and 900 exhibitors come together Oct. 23-25 at the Atlanta World Congress Center.

Take a look at their website: OniOni Super Onion

OnionBusiness will provide more onion industry info leading up to the convention, so stay tuned. 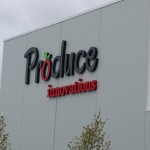