In its first season of commercial distribution, the new Sunions tearless sweet onion sensation is making solid inroads at the retail level.

Bob Meek, CEO of major Sunions shipper Onions 52, told OnionBusiness.com consumers have been responding both with purchases and with kudos.

Bob shared two testimonials from Fred Meyer shoppers in the Northwest. Shirley wrote to say, “Just tried your onions, they are the best, so surprised, I have bought ‘sweet onions’ before and was always disappointed, I couldn’t believe the taste, I hope I can always get them. Thanks again for such a great onion.”

And another Fred Meyer customer, Christine, got in touch with Onions 52 to tell the company, “Just bought some yesterday at a Fred Meyer in the next town over from us and the statements are true!! I sliced it up and very strong onion odor but no tears and no bite!! My husband loves raw onion slices with his meals and I like them on salad, and I buy a lot of them and these will be on my list!!! Good product.”

Shirley and Christine’s enthusiasm is an indication the new product has found its fans, and Meek said availability during this seasonal window that started in January will go through “another couple of months.”

Sunions are a growing segment of Onion 52’s year-round shipping program and are grown for the Utah-headquartered operation by Hartley Produce in Prosser, WA.

In addition to Washington, Sunions are also grown in Nevada. Though new to the market, Sunions were developed over the course of three decades of “investment, development, careful farming and hard work,” according the onion’s very own website, http://www.iheartsunions.com/a-bright-idea.aspx.

A winning combination of great onion flavor and aroma, Sunions hold the distinction of being tearless. That, the Sunions site says, is totally by design.

“Volatile compounds in onions are responsible for tearing and pungent flavor and the amounts of those compounds in other onions remain the same or increase over time. In Sunions, these compounds do the exact opposite and decrease to create a tearless, sweet and mild onion,” it explains.

And customers are loving it. 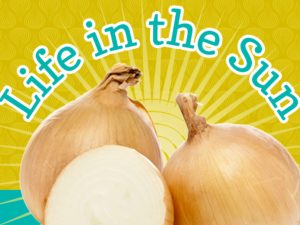 Onions 52 is shipping to retailers “west of the north/south Chicago line,” Bob said. “It takes some effort to introduce a new product to the market, and we’re working hard in a lot of markets.” He said the Northwest, intermountain West and Southwest are primary distribution areas.

In establishing the markets and growing demand, Onions 52 is educating consumers through point of sale materials and digitally.

And media pickups have come from heavy hitters like The Chow and Huffington Post, along with Good Morning America, which resulted in more than 1 billion impressions.

There are also samplings in supermarkets – personal interaction with consumers.

“Our strategy is evolving,” he said. “We’re working hand in hand with our retail partners to merchandise the product.”

Sunions are grown with retail sizing in mind, and Bob said there are no prepacks or colossals. “We grow and ship mostly mediums and jumbos,” he said.

And, yes, as season two comes up, there could be a new category.

“No promises, but we could have organics next season,” he said. 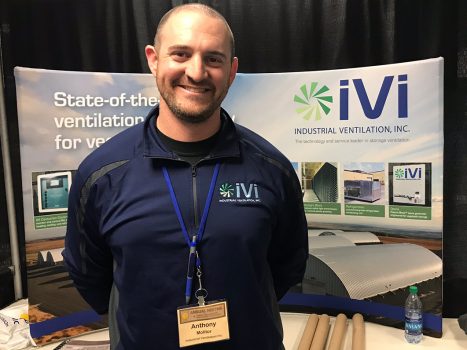