Luigi said a couple of onion regions in the E.U. had their share of issues early in the season, explaining, “Holland started the planting season drier than normal, which proved to be problematic. Due to the dry weather and high temps, early sizing was extremely small. Consequently, pricing was high during the summer through July. Now pricing seems to be declining.”

Despite the early issues, Luigi’s impression is that overall the issues the Netherlands experienced early on won’t have any long-term effect on the market. The crop and market should be fine for Holland. However, Dutch exports could be short.

In Spain, the situation with the growing season was the opposite of the Holland, he said. “Spain had a very wet spring, and it was difficult to plant,” Luigi said. “Consequently, there wasn’t enough production in June, and onions were smaller than normal. Overall the early issues haven’t created any significant problems, but there could be some European export opportunity for the U.S. and other regions with larger sized onions.” 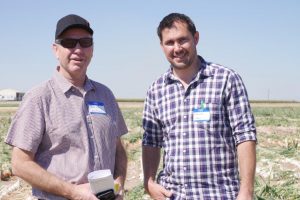 On the New Zealand onion scene, Brent Wilcox said that nation’s growing season is going well, but growers did have weather issues creating difficulties getting onions in the ground on time, which caused them to finish planting later than normal.

“Last year, New Zealand was off on production by 20 to 30 percent, but that doesn’t look the case this year,” Brent said. “The crop looks good this year with normal yields, but New Zealand growers are going to need favorable market conditions when the season begins to do well. Growers are closely monitoring the Northern Hemisphere and are waiting to see if the weather issues experienced in the E.U. will create some market opportunity for New Zealand growers. Right now, it’s just too early to tell how the season will turn out.”

OnionBusiness.com will continue to monitor the global onion markets and bring you updates when they become available. 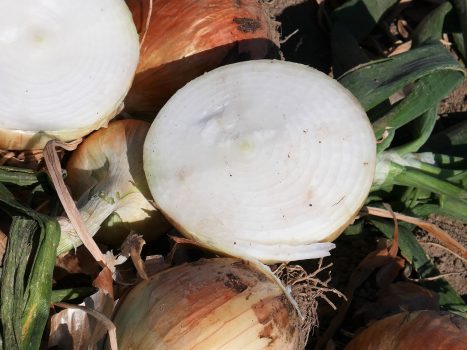