The onion industry is well-represented with at the 2020 SEPC Southern Exposure expo coming up in Tampa, with more than two dozen industry members and major U.S. production areas among the 277 exhibitors registered.

And in keeping with its longstanding tradition, Southern Exposure will serve up a great mix of informative sessions and roundtables, receptions, the Tom Page “Topgolf” Classic tourney, receptions and valuable networking opportunities. The speaker line-up includes produce industry insiders and motivational experts, with former NFL Coach and Hall of Famer Tony Dungy to deliver the address at the Feb. 29 Keynote Luncheon.

Coach Dungy, who retired in 2009 after a 31-year NFL career, served for 13 seasons as head coach of the Indianapolis Colts and Tampa Bay Buccaneers, establishing an overall record of 148-79 and reaching the postseason 10 straight times. He also led teams that averaged more regular season wins than any other coach in the league’s history. In 2007 Tony Dungy became the first African American coach of a Super Bowl winning team when the Colts took down da Bears.

His laurels are many: When he was 25, Tony Dungy became the youngest assistant coach in league history. Three years later he was named the league’s youngest coordinator. When he was a player, he won his first Super Bowl ring in 1978 with the Pittsburgh Steelers, and Coach Dungy is one of only three individuals to have won the Super Bowl as both a player and a head coach.

After his retirement from coaching, he served as a commentator/analyst, and throughout his career’s many facets Tony Dungy has always been known for his leadership style and its insistence on decency and respect. He is outspoken in his faith and family values, and his memoir, “Quiet Strength: The Principles, Practices, and Priorities of a Winning Life,’ became a #1 New York Times best seller. His second book, written for kids and entitled “You Can Do It!” also hit #1 in the NYT, and “Uncommon: Finding Your Path to Significance,” is an NYT best seller.

His most recent book with penned with his wife, Lauren. It’s called “You Can Be a Friend” and teaches youngsters what makes a good friend.

Among the educational sessions are Friday, Feb. 28’s “Plight of Plastics,” will look at “alternative packaging options and industry projects to improve current materials’ re-use, while considering the potential impact on the supply chain for fresh fruits and vegetables,” and “Power of Produce 2020,” which looks at SEPC’s partnership with

the Food Marketing Institute in a study that provides “market and consumer data from 210 Analytics’ Anne-Marie Roerink…” and is “connected to real world insights and validation from our star-studded retail panel moderated by FMI’s Rick Stein.”

Friday will also feature a women-only luncheon that will impart “Truths Female Leaders Need to Know” with speaker Colette Carlson. She will look at leadership skills necessary for women and current research and strategies specific to women in producer leadership. 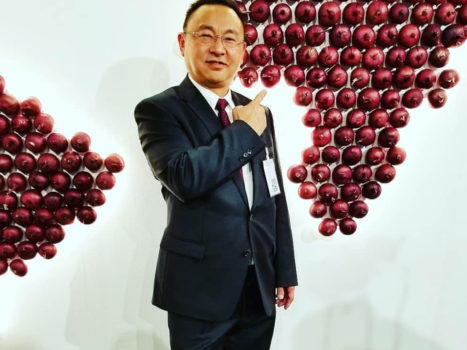