Until recently, Oregon Department of Ag’s Marketing program has been best known for its support and development of international export markets.

This week, however, Lindsay Eng, ODA’s director of market access and certification, said export market issues caused by the Portland Port slowdown and requests for support in competitive domestic markets from constituents has prompted the agency to refocus its efforts on support for Oregon agriculture and, more specifically, onions.

Working toward that goal, Eng recently hired Terry Fasel, a Cal-Poly grad with hands-on farming experience as well as several years in the trading sector. Fasel will assist producers and shippers with both export and domestic marketing.

Eng said, “ODA is trying to look at agriculture marketing holistically. We don’t see a divide between export and domestic, but we do realize that we need to ramp up our agency support for agriculture producers and shippers in the state.”

This is good news for Oregon onion shippers. With the port slowdown and the majority of the state’s onions being shipped domestically, a state supported domestic effort is welcomed.

Eng continued, “When we talk about domestic marketing support, we aren’t talking about spending large sums of money on ad buys and costly promotion efforts… We feel we can best serve our constituents through support in business development and helping them discover added-value programs that will hopefully distinguish them from their competitors.”

One such program is Certified Onions Inc., an independent member organization based in Idaho and Eastern Oregon that is committed to integrity and safe onion standards through certified third-party sampling, testing and audit controls.

The Oregon Department of Agriculture provides official governmental sampling and testing of onion bulbs as part of the program, and ODA’s laboratory certifies COI members’ product as free of pesticide residues and undesirable pathogens.

Eng said, “ODA sees our continued support of programs like COI to be one of the best ways we can give our Oregon agricultural businesses a competitive edge.”

Beyond supporting efforts like CIO, ODA will send Terry Fasel to PMA Fresh Summit in Atlanta this year with a goal of seeing what competing states are doing and to gather new ideas for ODA’s domestic marketing programs. 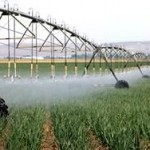