“ODOT’s decision today to approve and release funding for the reload center’s construction is the result of hard work and perseverance by many within Malheur County. It’s an exciting new chapter for agriculture producers and the citizens,” said Grant Kitamura, MCDC Chair.

Judge Joyce expressed, “There’s important work to be done after meeting the milestones of the planning phase. We are eager and determined to have the facility open and ready for the 2022 harvest. Congratulations to all involved!”

And Smith noted, “This has been a highly anticipated decision with huge kudos going to the whole team which has brought the project this far. As I said before, it’s time to dig some dirt!”

Commissioner Ron Jacobs added, “The Treasure Valley Reload Center’s ability to move forward to the construction phase is a testament to the teamwork of a great many people. At this time, I am pleased to support the project which will have such a positive effect on our local economy.”

Larry Wilson, former Malheur County Commissioner. said, “I echo the comments of Grant Kitamura. This is a big day for Malheur County, our farming community and our economy. The construction phase will provide new jobs, which is so important.”

MCDC member Kay Riley also commented, “The TVRC is such an important project, and to have our efforts validated by the Oregon Transportation Commission is very rewarding.”

An advertisement for bids regarding the first contract will be released in early to mid-February for the initial construction phase of the Treasure Valley Reload Center Project. This first phase will consist of all earthwork and drainage-related improvements for the project, specifically preparation of roadway, building site, railway and wetland areas to subgrade in preparation of additional site work to bid later in 2021.

This initial earthwork phase will involve approximately 290,000 cubic yards of earthwork, 17,000 tons of rip rap, 68,000 tons of railroad sub-ballast and several small and large culverts. Later phases of the work will include installation of all rail ballast and rail lines, water, sewer and other utilities, roadway construction, and an approximate 60,000-sq. ft. reload center structure and dock.

2021 and beyond: What long-term effects might COVID have on produce industry? 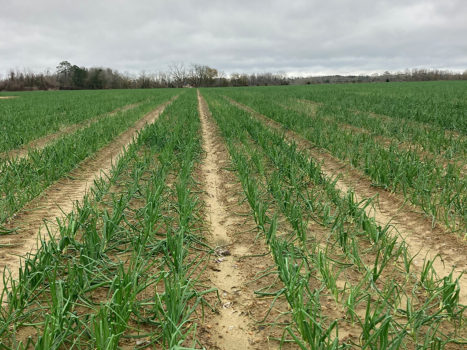