The annual Oregon State University Malheur Experiment Station Onion Field day was held right on schedule, Aug. 22, from 9 a.m. to 1 p.m., but unlike most years, this event brought out a smaller crowd.

That, according to one of the field day’s organizers, was not unexpected, and the event saw a “light turn out,” which staff and seed reps attributed to the solar eclipse the day before.

Joel Felix with the Malheur Experiment Station told OnionBusiness, “We anticipated a lighter turnout than normal because many attendees travel from out of town, and they probably couldn’t get a hotel and were concerned about traffic.”

Ontario, OR, and the surrounding area were in the path of totality, and estimates as far back as March were that anywhere from 200,000 to 1 million visitors could descend on the city for the celestial happening.

In the end, the Malheur Extension field day wasn’t the only area event impacted by the eclipse and other factors.

Seminis Vegetable Seeds traditionally holds a large event during the third week of August each year, didn’t stage it this year, and Bayer Crop Science moved its Onion Showcase from this week to Oct. 27, opting instead to hold a small open house on Aug. 23 to let growers see some of its trials.

But in spite of lower numbers at the Malheur field day, participants agreed the onions looked great, and organizers reported overall success with the varieties in the trial.

“We really had a normal year for weather,” Felix told us. “For the last couple of years we had extreme heat that affected the onion growth, and while we did have high temps mid-summer, it was a normal year for growing.”

The photos that we snapped at the event show the very good onion quality. 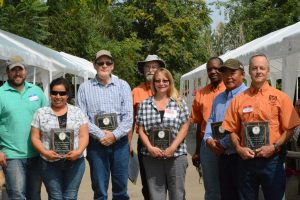 Photos of the Week – Piri, CA 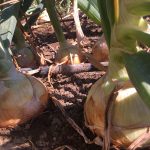 Market and Crop Update for August 24