In a press release dated July 18, Owyhee Produce of Nyssa, OR, announced a new member of the sales staff.

“The entire Froerer Family is flying high to share the news that onion industry veteran Chris Woo has decided to join the family,” the release said. “Chris, who has worked in onion sales marketing for over four decades has decided to team up with Owyhee Produce, a division of Froerer Farms, to bring his experience, expertise, and love for onions to the table.”

It continued, “Owyhee Produce is a ‘new’ player to the onion packing industry, going into its 12th season selling and marketing the onions for its parent company Froerer Farms. The farm has been growing onions for over five decades, but only started packing on its own in 2006. Since then it has grown to become one of the largest vertically integrated packers in the country.”

Shay Myers, third-generation grower and general manager of Owyhee Produce, said in the release, “With Chris’s help we plan to take our customer service to the next level.”

“Woo can also trace his roots to the onion industry,” the release said. “His father was one of the first onion brokers in Los Angeles in the 1950s, and Chris decided to get into the onion business. He eventually landed in Nyssa, OR in 1977 and has been a staple to the area ever since.”

Also, it said, “Woo was drawn to Owyhee Produce because he liked the way the farm is owned and intrigued by their ingenuity. This includes the company’s new state of the art packing and sorting line that can internally scan each and every onion. The operation also has invested in several refrigerated storages that will extend its season and quality.”
“It’s a family owned operation. They are young and aggressive, have new ideas, and are more tech savvy with Facebook and Social Media,” Woo said in the release.

The release concluded, “As the new director of procurement and finished product, Woo hopes to be able to pass down the things he has learned in the last 45 years and is excited to share ideas, values, and business opportunities. We welcome Woo and can’t wait to share in the Owyhee Produce vision.” 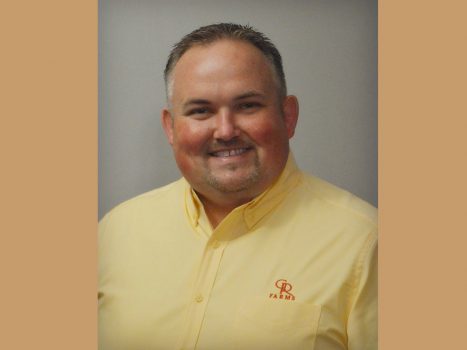