Multiple Asian food shows and outbound trade missions to China have been canceled or postponed as a result of the spread of the Coronavirus COVID-19, according to Theresa Yoshioka, International Trade Manager with the Oregon Department of Agriculture’s Agriculture Development & Marketing division.

Theresa told us on March 2 that the virus has impacted some trade activities within her scope.

“I have had a couple of individual buyers and industry representatives from Asia that were planning to travel Oregon this month change their schedules,” she said. “Concerns about the risk of spreading the Coronavirus have resulted in some large shows and outbound trade missions in Asia being canceled or postponed.”

Among the trade shows postponed are Food & Hotel Asia show that was scheduled for March 31-April 3 in Singapore.

In addition, the FOODEX show in Japan, which is “the largest professional food and beverage show in Asia,” Theresa said, “was scheduled for next week but has been cancelled.”

Also, “Organizers of the huge SIAL China  are tracking this Coronavirus situation but have not yet decided to cancel the trade show in May,” she said. SIAL is Asian’s largest food innovation exhibition and is located in Shanghai. Its website says, “Since 2000, SIAL China has served as a launchpad for food and beverage companies looking to expand abroad, and inspiring food business though sharing valuable insights and trends, connecting exhibitors and buyers, hosting industry-recognized events, and celebrating innovation. From May 13-15, 2020, SIAL China will welcome an anticipated 4,500 exhibitors and 123,000 professional buyers and visitors as it celebrates its 20-year anniversary and continues the work of inspiring food business.”

Here in the United States, other food shows are looking at revised scheduling as well. The Natural Products Expo West, scheduled for March 4-7 in Anaheim with 80,000 attendees estimated to take part, will announce a new date in coming weeks. Prior to the show’s postponement, several buyers had indicated they would not be attending.

Sprouts announced its decision not to attend on March 2, calling the action a “difficult decision” but noting health and safety of the company team “takes priority.” Bolthouse Farms had also indicated it would not be attending.

Show organizers said a new date, likely during the summer, would be announced by the middle of April, and it noted that Expo East in Philadelphia is still set for September.

It’s About to Heat Up: Logistics Perspective 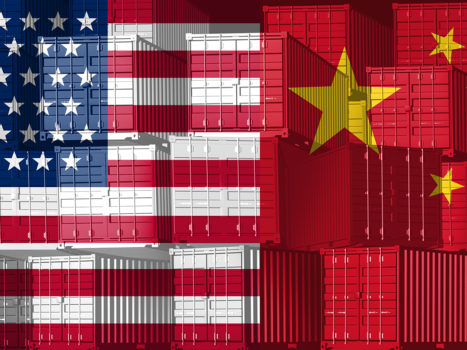