Colorado-based Paradigm Fresh will celebrate its new warehouse at a grand opening Friday, March 25. The Denver facility, which began operations in June 2015, is part of the company’s expansion plan that also includes a branch office in Michigan and staff growth in Colorado.

The produce brokerage was founded by John Harris in October 2014, and it specializes in onions, potatoes and tomatoes. It also handles cucumbers and bell peppers, Harris said.

Sales offices are in Fort Collins north of Denver, and the distribution center is in Denver. Harris said Paradigm moves approximately 15 loads of onions weekly during the storage crop deal, spreading the product out across the eastern half of the United States.

Recently Paradigm established a branch office in Michigan staffed by Jon Meyer, who comes to the company with 10 years’ produce sales with Bosgraaf Sales Co. in Hudsonville, MI.

Noting the growth, Harris said, “Although Paradigm Fresh is relatively new to the industry, my customer base and my relationships with the growers and packers have a lot of history.” He had previously co-founded Rocky Mountain Produce Group in 2009 with former business partner Shawn Barris. Harris said that a logistics operation had long been part of his overall plan, and his staff at Paradigm has played a major role in making that a reality.

“I have been very fortunate to have hired some very smart and capable people and through them, our warehouse dream was finally born,” Harris said. He credited Travis Bain, Paradigm COO, with creating a business plan “that allowed this all to become a reality.”

As for continued growth, Harris said plans include onion repacking, “which should expand our capabilities even further and offer even more options for expanding our customer base.”

Additional sales team members are likely “anytime we find someone that we think adds value to our staff,” and Harris said he expects to expand the truck fleet as well as growth the revenue. 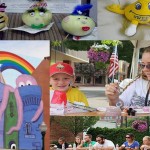