Schweitzer joined the Keystone group in 1979, two years after the Greencastle fruit operation was founded by Bob Evans and Marvin Carbaugh. Marty Kamer is also a partner in the vertically integrated grower/packer/shipper of onions, peaches, apples, citrus, asparagus and watermelons.

In 2008 Schweitzer succeeded Evans as chairman and president; Kamer has become acting president.

“Kurt’s leadership is evident in the strategic grower partnerships that make Keystone a strong provider to its customers,” the Feb. 19 statement read. It went on to credit him with building strong operations and staff.

Prior to joining Keystone, Schweitzer was with the Pennsylvania Apple Marketing Board. His love for the industry, however, was born much earlier on his grandfather’s Pennsylvania farm.

Keystone is a major player in multiple produce commodities both domestically and offshore, and in mid-August 2015 it formed a sweet onion partnership with River Point Farms in Hermiston, OR, with the goal of providing consumers worldwide with “finest quality sweet onions year-round,” those being the trademarked Hermiston Sweets and Hermiston SweetReds.

Kim Reddin, director of public and industry relations for the National Onion Association said from her Greeley, CO, office, “It’s a very sad time, and we certainly send our condolences to his family and his Keystone team. This is such a loss for the onion industry and particularly the sweet segment.”

Keystone has a longtime investment in the onion industry, and in the Northwest it is heavily involved in Hermiston Sweets, Hermiston SweetReds as well as Walla Walla Sweets. It is also in the Vidalia deal and handles Peruvian sweets.

Reddin added, “The first time I met Kurt was in Bentonville, AR, before he became president of Keystone, and I remember thinking that his energy and enthusiasm were very contagious. He’ll be so missed for that.

“He was an idea person, but he also liked, with his team, finding ways to execute those ideas. He was always so friendly and outgoing, positive and had so much enthusiasm for the entire produce industry.”

She said, “Kurt worked very closely with Marty, and they have a good team in place. I know they have every intention of carrying forward with his spirit of taking care of the customers.” 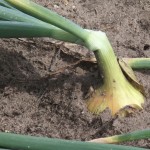