Possible border shutdown: What would it do to U.S. onion industry?

President Donald Trump’s warning of a total closure of the U.S./Mexican border came in late March as one means to stem the tide of illegal immigration; it would also, without doubt, impact the billions of dollars in trade between the two nations.

In a move on Tuesday, April 2, Trump handed the issue to Congress.  A story published by CNN at https://www.cnn.com/2019/04/02/politics/donald-trump-immigration-congress-border-closure/index.html reported that “the President threatened to close the southern border if Mexico did not begin apprehending more migrants attempting to come to the US. Trump acknowledged that Mexico had increased its apprehensions on Tuesday.” That threat, the story said, was followed by action from Mexico on its own boarder. CNN quoted the President: “`They’ve made a big step over the last two days. They are apprehending people,’ Trump said. ‘The fact that they’re doing that means fewer people are going to come.’” It continued, “`He also said he has ‘made (the) intention known’ that if Mexico does not continue to apprehend more migrants attempting to cross into the US and if Congress does not reach a consensus on immigration, he’s ‘ready to close’ the southern border of the US.”

Virtually every trade sector would be affected by a closure, and OnionBusiness spoke with several key individuals in the onion industry for their take on the both the overall effect of such a shutdown and the immediate effect on the onion industry.

From his office in Greeley, CO, National Onion Association Executive Vice President Greg Yielding said all industries would feel the impact, including onions. “There is a lot of cross-border trading of onions, and we don’t want to see any disruption,” Yielding said. “This is something the administration needs to weigh carefully. I don’t think it wouldn’t be good to disrupt trade, and closing the border would definitely do that.”

Over the past 25 years trade between the two countries has increased exponentially since the North America Free Trade Agreement was signed into law by President Bill Clinton.  According to https://ustr.gov/COUNTRIES-REGIONS/AMERICAS/MEXICO, “U.S. imports from Mexico are up 687% from 1993 (pre-NAFTA). U.S. imports from Mexico account for 13.4% of overall U.S. imports in 2017.” In dollars and cents, that same website notes, “U.S.-Mexico Trade Facts – U.S. goods and services trade with Mexico totaled an estimated $615.9 billion in 2017. Exports were $276.2 billion; imports were $339.8 billion. The U.S. goods and services trade deficit with Mexico was $63.6 billion in 2017.”

Produce is, of course, one part of the equation, and in the immediate future avocados could be the hardest-hit item – right up there with beer and cars, according to https://www.cnn.com/2019/04/02/politics/trump-close-border-avocado-beer/index.html. Other produce items that could be impacted include “tomatoes, onions, shallots, bell peppers, squash, chili peppers, and cucumbers, according to the US Department of Agriculture.” And, “Leading fruit imports supplied by Mexico include avocados, watermelon, limes, mangoes, papayas, and strawberries,” as explained at https://www.businessinsider.com/foods-impacted-by-mexican-border-shutdown-threats-2019-4.

New Mexico grower James Johnson with Carzalia Valley Produce in Columbus, NM, said a shutdown “would affect those of us who do import, and everyone is nervous, but I don’t think it would be long-lived.” James said he believes a shutdown would be over the course of hours rather than days, and he said, “President Trump is not weak-minded or weak-hearted, and if he says he’s going to do this, Mexico better sit up and take care of its border.” The political undertones are ominous, and James went on to say caravans that are mobilizing in Central America would ultimately affect the census.

“The people coming are not just Central Americans,” he said. “There are Cubans, Brazilians, Chinese, Egyptians. Tell me where the crisis is in Brazil. Central America assisted the caravans, and everyone else piggybacked. The crossings need to be under control.”

James also said the Chihuahua onion deal will start in early May, with harvest May 1 and crossing May 7. The deal will run 10 weeks, he said.

Onion imports from Tampico, Mexico, are winding down in the cycle, according to Don Ed Holmes with The Onion House in Weslaco, TX. Don Ed said his own operation had just a few more loads from Mexico coming before the start of next week, and he added, “If the shutdown does happen, I don’t think it would be more than a day or two in duration.”

He also said that the Rio Grande Valley has had a surge of migrants, resulting over the past two weeks in some agencies and relief organizations busing some 5,000 individuals from the RGV to San Antonio for asylum and care – which has reportedly overwhelmed San Antonio, too, according to news outlets in that city.

Also addressing the possible shutdown was Colorado broker/shipper John Harris of Paradigm Fresh in Fort Morgan. John said, “If the shutdown had come three weeks ago, for the onion market it would have been crushing. As it is now, with the Mexican market the way it is, I don’t feel it would be very impactful to onions. And as soon as the Texas guys can get to their fields, if we’re not dealing with imports, it could be good.”

John also said all U.S. growers could benefit from less imported product, but he acknowledged, “Produce is a small piece of the overall effect. Transportation and the auto industry would be enormously affected.” 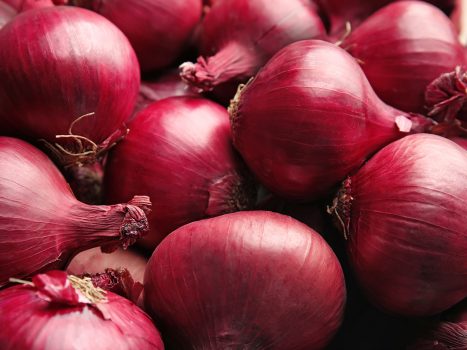