Two Oregon State Legislators, Rep. Cliff Bentz (R-HD 60) and Greg Smith (R-HD 57), who sit on Oregon’s Joint Committee on Transportation Preservation & Modernization, were part of a group of non-government and government individuals coming together on June 28 at the Treasure Valley Community College in Ontario, OR, to examine the feasibility of an intermodal transportation hub to be used by Railex refrigerated rail service in the Ontario/Nyssa/Vale area of Eastern Oregon.

Part of the Treasure Valley onion-growing region, the area home to several Idaho-Eastern Oregon Onion Committee members whose livelihood is directly impacted by rising freight rates and the possibility of increasing imports.

OnionBusiness.com was among the several dozen attendees at the morning session, and organizers said more industry members and others with a stake in the transportation equation were expected at later meetings that day. A letter from Rep. Bentz to interested parties indicated that he expected members of the Malheur County Court, Scott Fairley and Karmen Fore from Oregon Gov. Kate Brown’s office, Melisa Drugge from the Oregon Department of Business Development, John Audley from the Oregon Business Council, Kit Kamo from the non-profit Snake River Economic Development Alliance and the mayors of Ontario, Nyssa and Vale.

Also attending was Idaho State Sen. Abby Lee (R-Fruitland), and Rep. Bentz said it is imperative that Idaho decision-makers be in on the process.

Bentz explained in his letter, “The concept of a ‘Transportation Hub’ is best understood by looking at the transportation hubs that already exist in the Tri-Cities area (Wallula, WA, used by Railex), Hermiston, the Port of Morrow, the Port of Portland, Medford, and possibly Eugene. The idea, quite simply, is to create a loading and unloading facility adjacent to the Union Pacific Railroad. Products (such as onions, potatoes, alfalfa, wheat, diatomaceous earth, frozen food products, etc.) are brought to that point and placed on rail.  The idea is to reduce freight rates.”

He added, “If it turns out that this area has the volumes of product needed to support such a facility, and people interested in supporting such a concept, the group could ask its county and state government representatives to move the concept forward.”

During the meeting Rep. Bentz called on Murakami Produce President Grant Kitamura from Ontario, who told the group he had been actively soliciting support from area onion shippers, and all have shown strong support for the Railex hub.

Kitamura also said that he was willing to help form the committee after the meeting, emphasizing that area shippers understand the importance of the project both to the onion industry and to the area’s agriculture as a whole, and he said they are fully committed to making it happen.

A large number of shippers have signed up to be part of the hub committee, including Bill Trask from Baker Packing in Ontario, OR, Troy Seward from Golden West Produce in Nyssa, Marc Bybee from Fiesta Farms in Nyssa, Joe farmer and Ashley Robertson from Fort Boise Produce in Parma, ID, and Shay Myers from Owyhee Produce in Nyssa.

As input gathering continues and a grassroots effort launched to bring Railex service to the Treasure Valley, voices from the cattle, dairy and onion industries, as well as ancillary interests, will also be invited to explain the value of eastbound transportation to the region. The group was in agreement that the Railex hub is needed in order for Treasure Valley ag to remain competitive. When Railex opens its Chicago facility, it will be critical that the Treasure Valley have access to a new transloading station like onion shippers near the Delano and Wallula Railex hubs.

At the end of the financial day, it was explained by Rep. Bentz, if a commitment is made by Railex, the burden for the cost for the facility would fall on southeastern Oregon and, potentially, southwestern Idaho. An estimated $22 million will be needed to construct the site, which would be leased to Railex for its operation.

Rep. Bentz said the 14-member Joint Committee on Transportation Preservation & Modernization scheduled a tour of several sites in the region with the Oregon Department of Transportation “to determine the what improvements are needed for roads and bridges which includes the Treasure Valley’s need for a rail hub.”

Rep. Smith, who also sits on the Malheur Country Economic Development Commission, said talks with Railex began Oct. 1, 2015, after he had contacted Railex’s vice-president of sales to express an interest in a rail hub. The representative also visited the Railex Delano, CA, hub, and in early 2016 Railex expressed an interest in pursuing the idea.

On June 22 Rep. Smith had a phone conversation with a Railex corporate official to confirm that the company was seriously considering a hub in the area, and Rep. Bentz said Railex’s recent interest has generated “much excitement,” noting, “ A Railex hub would provide a viable alternative to truck transport and a lower cost. Rail transit times could be significantly reduced as well. Currently Railex can move product from Washington State to new York in about seven days, while loads shipped with Union Pacific can take as long as 28 days.”

Bentz cautioned, however, that the project is not without hurdles, and grassroots support and efforts are critical to its success. Railex needs to ensure 12 months’ worth of ag volume for viability. And it’s necessary to develop a partnership and garner support for the project with Union Pacific.

The legislator said volume shouldn’t be a problem, because in addition to high product loads shipped from the hay and cattle industry, onion shipment estimates provided at the meeting were for 800 million pounds of raw product shipped from Oregon each season, and another 600 million pounds are shipped from Idaho, generating $80 million and $60 million, respectively.

Moreover, it was noted, these figures do not include onions going to processing.

The best approach would be to access funding, Rep. Smith said, is from a possible Oregon State Transportation package and other economic grant funding programs to avoid an area tax increase. And while funding sources appear to be available, Rep. Bentz again said the project cannot come to fruition “without a collective effort from the area’s agriculture shippers.”

He said the committee that was formed needs to put together a proposal for an Oregon Transportation Package within the next six months to get it before the 2017 legislature.

This article is part of our anniversary series.  Read last year’s Railex story: 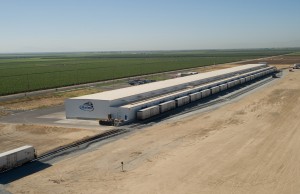 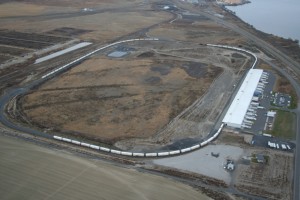 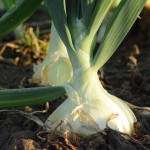 Focus on Logistics: Load Boards? Do They Affect...