The Aug. 20 meeting featured a presentation by John Stancati, senior account manager for the onion trade. Stancati is based in Schenectady, NY. Also addressing the shippers was Thomas Talley, regional sales manager for Railex’s western region. Talley’s home office is in Delano, CA.

Both men emphasized that Railex is increasing its service to the onion industry, and according to Stancati, “As far as produce shipments go, onions present a great opportunity for Railex.” He said the company is “making steps to give greater access to onion shipments.”

With the California onion season wrapping up, Railex has turned its sights to the Northwest and its facilities that link the West Coast with the East Coast. In addition, the men said a Midwest location is in the works.

Northwest service started in mid-August with two trains running from Wallula to Rotterdam and Jacksonville.

Starting Sept. 14 Railex will run three trains departures from Wallula. The trains are expected to run through May 2016.

According to Talley, Railex is offering “the best pricing in years,” and he said Railex will put more onions on its trains.

Railex has also upped its volume-based incentive program, and ramp credits will be offered to shippers who enter into a rate agreement by Oct. 31.

Moreover, expansion to the Chicago area is expected in 18 months, with intermodal in six months to help service the market until the facility in Chicago area market is up and running. Talley said, “Right now, Union Pacific is recommending that Railex move to a location outside of the Chicago metro are, and we are looking into potential locations. Management realizes that adding a Midwest facility is crucial to increasing onion business, and we are working hard to make that happen.”

He added that he will travel to the area frequently to work with Railex customers on a one-to-one basis to stay connected and assure quality customer service. 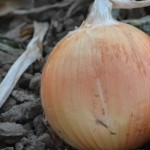 Crop Update from around the country Aug. 27