Word of Mr. Gurda’s passing came to us from produce veteran Paul Reeping, who said it was “with a heavy heart and sadness” that he was contacting us.

A full obituary has been posted online at https://purtafuneralhome.com/tribute/details/627/Ralph-Gurda/obituary.html#tribute-start, and Gurda Gardens was closing Thursday Feb. 13, and remaining closed until Monday, Feb. 18. Phones will be forwarded in case of any emergencies. A statement from the family noted, “Ralph has touched so many people over the years, and we truly appreciate all love and support that everyone has shown us during our time of grief.”

Mr. Gurda, who lived in Goshen, NY, was 84 when he passed. Born in Pine Island, he was the son of the late George and Helen Kozireski Gurda.

His obituary states, “Ralph was a self-employed agricultural businessman and CEO of Gurda Gardens LTD in Goshen, NY. He was a member of the Orange County Vegetable Growers Assn., honorary member of the Pulaski Fire Co., Pine Island, [and also] past member of the Warwick Valley Board of Education.”

He is survived by his loving and devoted wife Mary Ann, son Wayne Gurda and wife Tracy, daughter Janet Gurda, daughter Jacalyn Gurda and grandson Ryan Gurda. He is also survived by brothers George Gurda (Connie) and Kenneth Gurda (Kim) as well as sisters-in-law Ann Gurda and Helen Feagles. Other survivors include many nieces and nephews.

He was predeceased by his brothers Edward and Floyd Gurda.

Paul Reeping added, “Ralph Gurda was a very special client of mine. We started our relationship in 2001 when I entered the onion world. He was a mentor at first and then a dear friend. Ralph taught me the value of integrity. He always did exactly what he said. He was a pioneer in the repacking business and well liked.”

Memorial contributions may be made to St. Stanislaus Church 14 Glenmere Ave. Florida, NY 10921. OnionBusiness extends our sincerest condolences to the entire Gurda family. 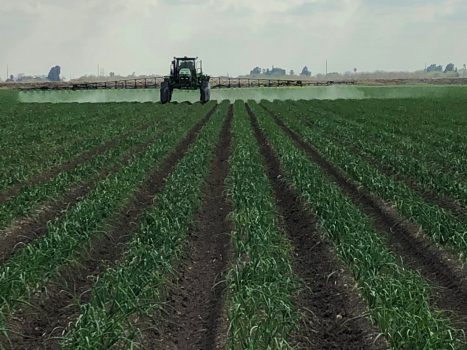