Ken is survived by his wife, Sue; his children, Mike and his wife Anna, and Jeanie and her husband Jeff; his grandchildren, Taylor and wife Sara, Mary Kathryn, Wilson, Mikenley, Maisen, Harden, Gairsen and Natalie; a great granddaughter, Aubrey; and siblings Freddie, LaVena, and Robert and his wife Tina.

A Missouri native who spent many years as in Texas as owner of Rio Queen Citrus, which also shipped Rio Sweet Onions from the Rio Grande Valley, Ken most recently was a Napa Valley vintner. He and his family bought a vineyard in 2014, naming it Italics Winegrowers.

His many bios and tributes show Ken as a skilled entrepreneur with a love for the land. He was raised on a southwest Missouri dairy farm, where the seeds of ag were planted, and although he started his professional career as a funeral director/mortician in his home state, Ken and his wife, Sue, relocated their young family to the Rio Grande Valley in 1970 to become part of that area’s citrus growing community. For several years he worked with his father-in-law, James Ware, who owned Warehouse Farms citrus operation. Ware sold his interest in the company in 1987, and the company name was changed to Rio Queen Citrus in 1998 with the alignment of  Warehouse Farms and Elmore & Stahl, an onion and melon company in Pharr, TX.

Ken continued as president of Rio Queen while Elmore & Stahl operated separately, with a combined sales department. Rio Queen was a major force in the Rio Star grapefruit program, and in addition to growing, packing and shipping Texas citrus, the company also had year-round onion supplies from Western growing areas.

Son Mike was sales manager for both companies and became president of Rio Queen in 2003.  During his long produce career, Ken Martin was lauded for his industry contributions, receiving the Texas Citrus Mutual Award in 2005 and special recognition from The Packer in 2011.

After selling Rio Queen to Paramount Citrus in 2012 – when the name was changed to Wonderful Citrus – the Martin family moved again, maintaining its strong presence in the production of fruit with the purchase of the Napa vineyard in 2014.

A loving tribute at Legacy.com tells Ken’s many friends and associates, “Italics is a project that truly highlighted Ken’s passion for agriculture and keen eye for cutting edge farming and production. Although Ken spent most of his life farming in Texas, he truly loved nothing more than enjoying wine with family in beautiful Napa Valley. Ken spent his last days tasting wine, enjoying his time with his grandchildren, and preparing for another harvest season – the things he loved most.”

Services for Ken Martin were held Aug. 20 at the First United Methodist Church in McAllen, TX. In lieu of flowers, the family suggests donations to Saving Hope Animal Rescue (www.saving-hope.org) or the American Heart Association (www.heart.org). 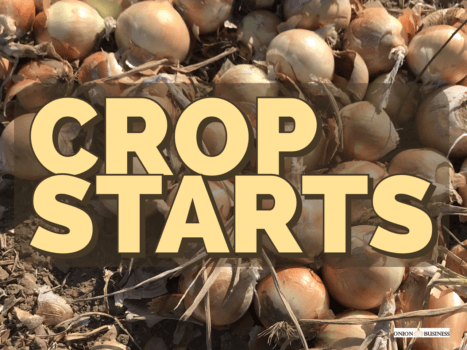