Hitting the PMA Fresh Summit convention floor solo this week, National Onion Association Director of Public and Industry Relations René Hardwick is armed with four essentials: 1.) Enthusiasm for her position combined with love of the product she advocates; 2.) a map with booth numbers of the expo layout; 3.) comfortable shoes; 4.) her FitBit.

And, we might add, the realistic expectation of being overwhelmed as she walks through the doors.

As she prepared for her trip to the Sunshine State, René told OnionBusiness.com earlier in October, “This will be my first PMA. Last month, I was at this very convention center in Orlando, so the best part is I have the lay of the land. I’ve been to many trade shows before, but nothing on this level, and I’m expecting first to be a bit overwhelmed with the number of booths and people there. But I’ll settle in. My Fit Bit will get a workout counting my steps.” She continued with her trademark good attitude, “It should be fun!”

Now well into her first year with the Association, René is working on multiple levels to benefit the members and to represent the industry. About Fresh Summit and its networking opportunities and the enormous gathering of produce professionals, she said, “I really want to get out and meet our membership. Not all can make it to our conventions, and PMA is a fantastic way to make the connections I need to make. I imagine there are still some out there who don’t know yet that I’ve come on board, and this will be a great way to shake hands and meet everyone.”

The roadmap has been marked, she said. “ I already have a long list assembled, so I’ll just go booth by booth.” She’ll have
NOA literature ready to hand out, and she said, “Overall, I really just want to get my face out there and let our members, and prospective members, know I’m here, at their service, and ready to help. The point is to put a face to a name for me, and our members, and maybe brainstorm a bit on promotions ideas or videos.”

With her solid background in media, René will be working on Facebook Live during the show. And, she said, “Lots of pictures will end up on NOA’s Facebook page, so check it out, and don’t forget to ‘Like’ the page.”

The Florida convention is also a good setting to tell NOA members about the upcoming NOA Annual Convention in Hawaii Nov. 28-Dec. 2 on the island of Maui. René said planning is going well, and registration numbers now well over 200. 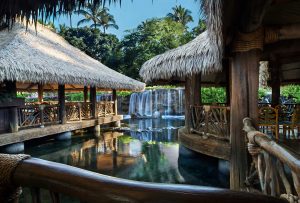 “Sometimes we blink our eyes at the numbers and can’t believe it,” she said. “It’s looking to be a great group of people, with more than 250 attendees. If there are people out there still waiting to register, we encourage them to secure a room first. You’ll need to contact David Holgerson at the Grand Wailea, 1-808-875-1234 ext. 3166 or email david.holgerson@waldorfastoria.com, or call our office to get on a waiting list.”

Some of the highlights of the Hawaii event include ag tours and an impressive speaker group. “Our main speakers should be really dynamic,” she said. “Michele Payn and Vince Kimura are both excellent speakers. Michele, author of ‘Food Truths from Farm to Table,’ just won an Independent Publisher’s Book Awards bronze medal for medicine, health and nutrition. She will speak about some food truths to combat the many myths floating around about agriculture.”

René continued, “We met Vince this past spring during the Colorado Water Tour with the Colorado Fruit and Vegetable Growers Association and the EPA. He is a Hawaii native and owns a company called Smart Yields, and he’ll be talking technology in general. He is also a world-traveler with a fantastic grasp of new technology in agriculture.”

And that venue. Maui. René said, “There will be so many things for people to do while we’re there. There are several free times that will give attendees options to do things on their own – ziplining, tour a lavender farm, visit Surfing Goat Dairy or a botanical garden, to name a few.”

Telling us a bit more about her first year with the Association, René said she’s logged some miles and met many industry folks.

“I attended the Florida Restaurant and Lodging Show in early September and got a great feel for such trade shows while dishing out some Gills pickled onions,” she said. “I’ve also done another grower visit that has resulted in a few videos for Gumz Farms in Wisconsin. We’re still working on the final products, but I’ve put one out on social media for their onion side if you’d like to take a look.” You can find the video at https://www.facebook.com/NationalOnion/?__tn__=%2Cd%2CP-R&eid=ARA6dJ7grGv_XCf9M6vfmQdsHoyJQ7tfLfuvUZ9Kp0-FsPtw4Y5SU10hhdESGZOVa_NMX0qeKUczOO2H.

And she stays very busy with other events and ideas, including the recent designation of National Onion Day on June 27. René said, “That’s when the NOA was incorporated back in 1913. So, we’ll be shouting that from the hilltops soon. And I’ve got a couple of other ideas under my hat that I’m working on; one will be unveiled in December at the Hawaii convention. I’m also knee-deep in planning our 2019 membership directory – so there’s never a dull moment!”

All in all, for René Hardwick, year one is sizing up well, and she understands the challenges that lie ahead. “Our members respond very favorably to outcomes. but funding is the perpetual challenge,” she said. “So, as members get to know me, and know what I offer – from writing, designing and video to my social media efforts – I trust they’ll get more comfortable with moving our promotions ahead a few more steps and helping out a bit more.”

And she’s grateful for the takeaways, both professionally and personally. “Coming into my first six months into this position, it’s amazing how much I now know about onions —the complexities of growing them and learning how to cook them in different ways. I mean, I have loved onions since I was in grade school. Every day for a week in sixth grade, I literally ate mustard and onion sandwiches for lunch. I never got that elaborate on how I cooked them, though. But now, experimenting with caramelizing them, and using them in desserts, for example, it’s just really been a great education. I really am enjoying it!” 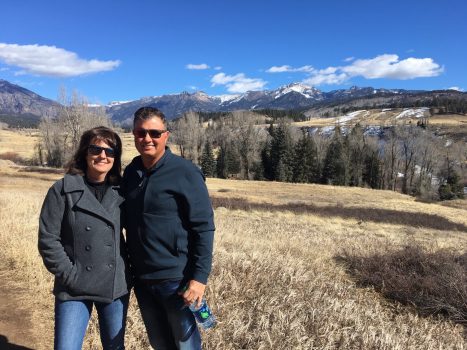 Stormy Adams is ‘that guy’ in the best possible way