The service will broadcast live on Zoom and can be seen by going to Dakan Funeral Chapel’s website, dakanfuneralchapel.com, for the link. In lieu of flowers, it is suggested memorials be made to The Hope House in Marsing and Deer Flat Church in Caldwell.

One of the region’s best known and most respected grower-shippers, Dick Symms was born in Nampa, ID, Nov. 22, 1935, to G. Darwin and Irene Knowlton Symms. He attended primary school in a two-room building in Sunny Slope and graduated from Marsing High School in 1953.

The recipient of a football scholarship to the University of Idaho, Dick was “a proud member of the Sigma Nu Fraternity , a family tradition,” his online tribute said at https://www.legacy.com/obituaries/name/richard-symms-obituary?pid=196486995.

After he graduated from college in 1957 with a B.A. in Political Science and a minor in history, Dick enlisted in the U.S. Air Force and took navigation training in southern Texas. There he met Nancy Malone from Weslaco.

After being stationed in Prestwick, Scotland, where he served on active duty in a search and rescue squadron for 2.5 years, Dick was honorably discharged from the Air Force in 1961, and he and Nancy married that year. They settled in Caldwell, and Dick worked in his family’s business, Symms Fruit Ranch.

“Dick was a visionary in the agriculture business,” his tribute said. “He led Symms Fruit Ranch into the largest fruit company in Idaho and one of the top 25 fruit companies in the U.S.A. He grew Ste Chapelle Winery into the second-largest winery in the Northwest.”

And in addition to his skill in ag business, Dick was also “an avid and excellent pilot with commercial and instrument licenses,” and he flew across the U.S. in his Cessna to visit growers and buyers, selling his fruit and wine.

“Dick started the company’s export business, shipping directly to over 35 countries in Europe and Asia,” the tribute said, “He traveled to over 50 countries for pleasure and business. He also co-owned Sprinkler Irrigation in Nampa.”

Always outgoing, “Dick had many wonderful friends,” and his tribute said, “He loved taking them sturgeon fishing where the catch could be up to 10 feet long.”

Also a published author, Dick wrote a book, “Symms Sunny Slope: The Life and Times of the Symms Family,” to celebrate the 100th anniversary of Symms Fruit Ranch.

“In the book, he shared his six principles for living: integrity, moral courage, good judgement, priorities, perseverance, and a sense of humor. He describes the importance of saying goodbye to friends and he was renowned for his letters where he thanked people for all they had done to make the world a better place.

“His book ends with three things one should do in life: Plant a tree, have children, and write a book.”

The tribute concluded, “Dick touched many people’s hearts throughout his life – family, work colleagues, school friends, fellow parishioners and clients. They all benefited from his wisdom and instruction. We are all better people for his caring, devotion, and friendship.”

Onion Business extends its sympathies to the family for their loss. 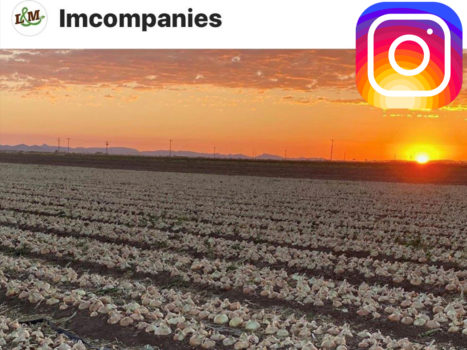