Robert wrote, “I have been coming down to Imperial since 1998 when Western Onion brought the first one-step Top Air harvester to the valley to service our processor contracts.” And, Robert continued, “Some things have changed but not much in my 20th year. Most growers still cling to hand clipping no matter the cost or that labor is more expensive and harder to come by.”

For its part, “Western Onion has been successfully mechanically harvesting for the fresh market since 2000 when we first sent onions north to Fresno County to be fresh packed. Now in 2018, with California’s $15/hour minimum wage hike and more restrictive agriculture hour restrictions, growers here and elsewhere in California have to come to grips with learning how to severely curtail how many people you can throw at a harvest.”

“With the addition of the new Larrington soft load bin trailers and the first Samon field topper brought to the United States, this season we have taken the next step forward. We now load directly into bins for field or air wall curing.”

The upshot, he said, is that by “looking at the quality of the sheds hand-clipped onions versus mechanical, you can see the advancements we have made. When we first started mechanically harvesting onions here, nobody but grower Fritz Ruegger believed we would be successful.”

He continued, “After millions of pounds packed and shipped and even when some growers come out to see what we’re doing, many still believe it won’t work for them like their onions are different.”

Robert said mechanical harvesting is here to stay. “Like it or not, in a couple of years I could see most growers here switching.”

He said hand-clipping is becoming cost-prohibitive, and he added, “With all the new varieties available that we didn’t use to have – much harder with better skin – it’s getting very easy to be successful if you manage your crop properly and get the right equipment.”

All in all, the onion vet said, “It’s been a fun two decades, and I’m very gratified that what Western has been demonstrating in this valley is finally becoming an accepted alternative to hand-clipping. That it has taken economic pressures for most to come to this realization and not what they have seen with their own eyes is a little depressing, but I believe this year, with all the interest being shown for what we’re doing, you will see a tectonic shift next season.”

As always, OnionBusiness.com is thankful that Robert keeps us updated with images and videos from California. In addition to this week’s Video of the Week (Click Here), Robert also supplied us with Imperial Valley harvest photos taken on May 20: 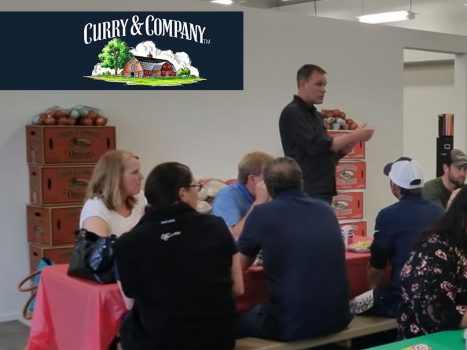