With onions well represented among the exhibitors at the 2018 Southeast Produce Council’s Southern Exposure a few weeks from now, event organizers are setting the stage for yet another stellar event to be hosted at the Tampa Convention Center.

And everything you need for registration for the March 1-3 show can be found at http://southernexposure.seproducecouncil.com, along with a full agenda and rundown of speakers and sessions.

In addition to the trade show, a great speaker and sessions lineup have been set, with the keynote address to be delivered by John Mackey, co-founder and CEO of Whole Foods Market. Mackey will speak on Saturday, March 3, during the general session and luncheon starting at 10 a.m.

According to his agenda bio, Mackey is part of the team who “has taken the natural and organic grocer from a single store in Austin, Texas, in 1978 to a $14 billion Fortune 500 company and a top U.S. supermarket with more than 400 stores and 87,000 Team Members in three countries.”

In August 2017 Whole Foods was acquired by Amazon for just under $14 billion. Leading up to this latest move, Mackey has spent his entire career “providing shoppers with high quality natural and organic foods” while at the same time leading the company through 20-plus acquisitions and also took the company public in 1992.

The SEPC site notes that for “18 consecutive years, Fortune magazine has included Whole Foods Market on its ‘100 Best Companies to Work For’ list. The company was named ‘America’s Healthiest Grocery Store’ by Health Magazine, the top retailer for seafood sustainability by Greenpeace and one of “America’s 25 Most Inspiring Companies’ by Forbes.”

Alison Kosik, a business and general assignments correspondent for CNN, will serve as moderator during the keynote address.

“For a decade Kosik has been reporting from the floor of the New York Stock Exchange, providing live, daily reports. She also regularly fills in as a co-anchor on CNN’s morning ‘Early Start’ and the network’s International’s daily business show, ‘World Business Today.’”

She earned a Fellow from the Scripps Howard New Media Fellowship from Columbia University in 2001 and also received a 1999 Florida AP Award for Best Spot News. In 1993 she was a Fellow from the International Radio and Television Society. Kosik received her Bachelor of Arts degrees in Broadcast Journalism and Political Science from The American University in Washington, DC.

Friday’s educational workshops include video farm field trips with a film series that “brings the farm to Southern Exposure attendees by providing them with a fun and educational virtual field trip experience to learn more about the grower/shipper side of the produce industry.” The four featured farms are B&W Quality Growers in Fellsmere, FL; Florida Classic Growers in Haines City, FL, Nickey Gregory Co. in Atlanta, GA; and Robinson Fresh in Tifton, GA. Following the tour “guided” by Michael Jenks of ReedTMS, A Q&A session will be followed by in-person visits with Todd Gosule, executive vice president of sales and marketing at B&W; Al Finch, president of Florida Classic Growers; Andre Scott, Director of marketing and business development at Nickey Gregory; and Michael Castagnetto, VP of global sourcing at Robinson Fresh.

Another workshop will look at the Power of Produce, with FMI presenting that signature research.

“Food Marketing Institute proudly advocates on behalf of the food retail industry,” the SEPC site says. “The Power of Produce analysis reveals shopper habits regarding fruits and vegetables pre-trip, in-store, and at home, as well as hundreds of shopper suggestions on how to improve the produce department. For food retailers looking to use the produce department to set themselves apart, this report gives insights into the shopper’s produce purchasing process and the real power produce can bring to their store’s business. The analysis, conducted by 210 Analytics and supported by data from IRI and Nielsen, also reveals strategies for food retailers to consider as they bolster their produce merchandising and marketing programs.”

Rick Stein, VP of fresh foods at FMI, and Anne-Marie Roerink, principal in 210 Analytics, LLC, will be on hand, and panelists for the session’s discussion will be Monica Garnes, VP of produce and floral merchandising for Kroger; Jacob Krempel, associate director of produce operations at HelloFresh; and John Ruane, CMO and senior VP at Giant/Martins.

Of course, Southern Exposure will also feature an opening gala, closing reception and terrific opportunities for networking. For more information, go to http://seproducecouncil.com. 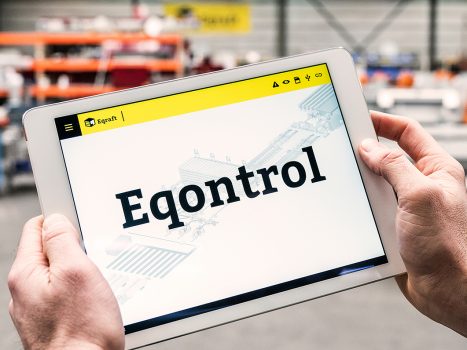