Look for the familiar Realsweet® Vidalia® Onions in the Shuman Produce booth #400 at this year’s Southern Exposure March 9-11 at Walt Disney Dolphin Resort in Orlando, and get ready for the showcasing of new items from the family-owned and operated Georgia company.

In a release on Feb. 28, Shuman announced, “As a year-round grower and shipper of RealSweet® brand sweet onions, Shuman Produce plans to showcase its upcoming Vidalia® onion season available to retailers from late April-August. The expanding family-business will also spotlight its new product offerings” – sweet potatoes and Georgia-grown broccoli.

Company President John Shuman said, “We are currently in our second growing season of broccoli and plan to have some on display along with some images from the field and harvest. Shuman Produce is also excited about promoting its sweet potato program even more in 2017.”

The release goes on to say, “Shuman Produce is proud of its long partnership with the Southeast Produce Council and serves as a Gold sponsor for the 2017 conference and expo.” John Shuman commented, “We are looking forward to building stronger relationships and sharing our story of family, farms and legacy.”

In addition to highlighting its products, Shuman Produce will also be introducing its “How to Speak Southern 2.0” Campaign. After tremendous success in 2015, this marketing promotion will once again highlight the uniqueness of Southern living. Throughout the Vidalia onion season, Shuman Produce will share new videos, recipes, grower stories and even a quiz to engage consumers and test their true knowledge of the South.

Viva Fresh shines spotlight on onions and OnionBusiness will be there! 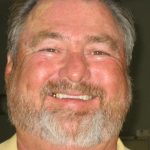