Though his family history doesn’t include farming or even a direct link to agriculture, René Emch has over the past three decades become known as one of the onion industry’s true specialists, and this week OnionBusiness is delighted to profile him.

As the recently named Senior Product Specialist for Enza Zaden in the Pacific Northwest, René has nearly 30 years of experience in the region. His roots, however, are thousands of miles away.

“I was born in Geneva, Switzerland, and moved to the U.S. quite early to Princeton, NJ,” he said. He grew up “mostly in Rochester, NY, with my parents teaching at the University of Rochester.”

He added, “I do not come from an agricultural background or an agricultural area. I chose to become involved in agriculture before I applied to university, and have difficulties imagining doing anything else.” Anyone who knows René would also have a hard time picturing him in another career.

He earned a Bachelor of Science in Agronomy from the University of Wisconsin-Madison, and “It just happened that onions were the main crop for the first post-university job I held,” he said. “The complexities of onions have kept me interested throughout the past 31 years.”

That first job was in 1986. “I had my start with the onion industry with Ferry-Morse Seed Company,” René said. “I was Sales Manager for Michigan, Ohio and Indiana. The main product line at the time was onions, carrots and pickles. Two years later, Sunseeds offered me a position as Regional Sales Manager for NE Canada and U.S. In 1990 a position became available in the Pacific Northwest, so I requested to be moved to this area, and I have lived in the Northwest since.”

“I have been fortunate to have had multiple interesting positions within the companies,” René said. “This wide experience has helped me grow an understanding of the global interactions of onions, both at the seed level and the commercial bulb level. However, just like politics, it all starts local. Knowing the local markets is the foundation to breeding a successful variety that fits needs of the grower, packer and final consumer.”

He said, “Global is built on local. I have been fortunate to see many local production zones, including Argentina, Chile, Ecuador, Peru, Mexico, the U.S., Canada, Japan, China, Philippines, Holland, Spain, Italy, Ukraine and Russia. Some areas have common characteristics and desired traits. The common local traits of some markets can be aligned to make a stronger genetic portfolio and bring more value to the U.S. onion supply chain.”

And that’s his focus. “My main responsibilities are in the Pacific Northwest. However, I have and will continue to help Enza Zaden on a global scale.”

Onions are, he said, “a semi perishable commodity that is globally traded, and over and/or under productions are often reflected in the domestic price. An increase in storage quality and capacity has also changed the movement of onions. As long as onions are viewed as almost a global commodity, with little differentiations between types, the market will be driven by cost. There are differences between onions, and this makes them valuable for different uses.”

He explained, “I think both the varieties and markets will change. Part of the variety change will be at the agronomic level for easy of production and quality. In most years, we produce enough onions. The real question is how do we get consumers to buy a second onion? Part of the future increase in onion usage will have to come from prepared onions that could be available to the consumer as a pre-packaged chopped product. What about a package of chopped onions sold packaged with a steak, ready to cook on a BBQ?”

And, René continued, “We have moved into an age of convenience. The time people spend preparing food is dropping each year, and younger people spend less time than older people preparing food. Millennials spend 21 minutes a day preparing and cleaning up for meals in a day! The number-one reason they pick a recipe is easy of preparation. I think that pre-cut onions that just need to be poured out of a bag (or yogurt type container) would help increase onion consumption.”

Looking at market segments, he said, “Foodservice is growing and should continue to grow. The growth of meal kit companies – think Blue Apron, Plated, and Hello Fresh – can definitely help us sell more onions. The convenience of minimizing the time to cook and clean up – and yet allowing us to feel like we cooked a meal for our loved ones or friends – is becoming more important. Knowing how to cook and having the desire to cook is becoming less common. Also, onions should be part of the salad bag mix.”

And, René said, “With labor becoming more difficult to find, the restaurant trade has started to bring in more precut items. Onion skins and roots don’t work out well in a clean kitchen.”

On the retail end, he said, “I think there is room for creative marketing in the packs, as well as product differentiation by use. Could a white, red and yellow onion be packaged as a three pack? What about premium quality, individually wrapped onions? Whole peeled, individually wrapped? I have seen this in other parts of the world, and it is well accepted.”

René said organics is another opportunity in the onion industry. “Organics is growing,” he said. “Ground conversion from conventional farming practices to organic practices takes three years and is not keeping up with demand. Labor shortages have become more acute, and global trade is increasing. At all industry levels, efficiency is becoming a prime directive. How can more be done with fewer inputs? I believe improved onion genetics can help meet this directive.”

To that end, “Enza Zaden and Vitalis Organic Seeds are the same company, and we breed for conventional and organic market targets, selling conventional produced and packed seed into the conventional market as well as organically produced and packed seed into the organic market. Vitalis is Europe’s largest organic seed company. Our commitment to organics is clear. Since I have been with Enza Zaden, I have learned more about organics and met more organic growers and companies. Many of the leaders and interested parties in the organic movement are significantly younger than what I have seen while attending conventional agriculture conferences.”

One flashpoint in the industry is labor, and René said it is an issue extending “from ground preparation, planting, transplanting, irrigation, weeding all the way to the final consumer.” He said simply, “Efficiencies will be found to overcome the labor shortage. The genetic component of this change in efficiency is also important. Targeted breeding can increase firmness, yet maintain other valuable traits in a variety. Can genetics influence the uptake of nutrients and make an onion more efficient or marketable? I think it can, and we may see a new realm of traits targeted at these values.”

All timely, all relevant, all heady stuff. And somehow René Emch keeps it in perspective. He takes time to smell not only onions but also the roses. And he savors it all.

René and wife Karen reside in Vancouver, WA, where for the past 15 years they’ve enjoyed the Columbia River “and the wonders of Southwest Washington.” 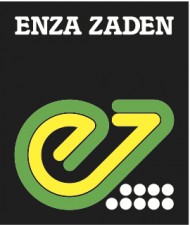 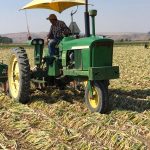 Market and Crop Update for Sept. 14