Transportation Hub for the Treasure Valley moving closer to reality

As reported by OnionBusiness.com in late June of this year, a Treasure Valley ‘Transportation Hub’ has been the focus of Malheur County, Oregon’s economic and agriculture leaders for upwards of a year. Now the project appears to be moving in a very positive direction.

In June, members the Oregon State Joint Committee on Transportation Preservation & Modernization visited the area to review the hub’s viability. The committee is in charge of assessing the future of Oregon’s transportation. They are also responsible to make recommendations for improvements of state roads, bridges, and Oregon’s overall transportation network. Rep. Bentz is Co-Vice Chair of the Committee and Greg Smith, serving in his legislative capacity, is also a member of the committee.

Prior to the committee’s visit, Rep. Bentz forwarded a letter about the hub to his constituents. Rep. Bentz’s letter described the hub as a loading and unloading facility adjacent to the Union Pacific Railroad. The facility would be used to transport onions and other agriculture and food products which would be brought to the facility and placed on rail. The idea is to reduce freight rates.

Treasure Valley onion shippers in support of the hub, echoed the need to reduce freight rates as well as travel times for rail shipments to the Midwest and East Coast. Many believe a transportation hub will increase their competiveness with other western onion shippers.

In the months following the committee’s visit, support for the hub concept has gained substantial momentum.

On October 27, 2016 Dir. Smith and Rep. Cliff Bentz, gave an update on the status of a potential transportation hub to members of the Idaho-Oregon Fruit and Vegetable Association.

Prior to the presentation, Sherise Jones with OnionBusiness.com sat down with Dir. Smith to discuss the status of the hub and the prospect of it becoming a reality.

Dir. Smith told Jones there is a great deal of optimism for the hub and things are starting to fall into place. “The volume needed to utilize a transportation hub of this nature 12 months out of the year is definitely there, but in order for plans to move forward, the initial funding must be secured from a new state transportation budget. After that, more funds will be needed to complete the project.

According to Dir. Smith, the initial hub funding would be allocated from of a one billion dollar statewide transportation bill that is anticipated to go before the Oregon State legislature sometime in February.

Dir. Smith said, “Rep. Bentz is leading the administrative effort and he is aggressively communicating the project’s significance in order to obtain state funding.”

Rep. Bentz, Dir. Smith, and others will present the transportation hub concept to a group of statewide leaders at the Oregon Business Summit, December 5, 2016 in Portland, Oregon. The summit is a one day event where leaders from around the state come together to formulate a statewide strategic plan.

“In addition to seeking the support to fund the project, we are working hard to make sure all of the surrounding issues are addressed”, Dir. Smith said. “There are many things to consider and we need to connect with everyone who should be at the table, like Union Pacific Railroad.”

Dir. Smith also reported that he is working with numerous entities that need to be onboard to achieve success; Oregon Department of Transportation, Business Oregon, and others. “Basically, we are doing everything we can to clear the way so we are ready when the funding becomes available.” Smith said.

Greg Smith is no stranger to coordinating successful projects of this nature. As the project manager for the original Port of Morrow cold storage facility, located near the Dalles, OR, he worked to build buy-in and put all the ducks in a row for what is now a thriving and growing operation. He has the expertise needed to make the Treasure Valley transportation hub a complete success.

When asked how the hub’s operational framework will be setup, Smith said, “At this time, Malheur County has no desire to operate a facility of this nature. We hope to find a good partner to lease the facility on a triple-net basis and one that will run the facility in an efficient and successful manner,” Smith said. “A transportation hub located in the Treasure Valley would look something similar to the Railex facilities located in Delano, CA and Wallula, WA, but on a smaller scale. The operations at Railex are something we will to strive to emulate and we believe that type of business model will work well for everyone.”

Dir. Smith said that the biggest challenge at this time is managing expectations. Many shippers have expressed their interest in having the transportation option available as soon as possible, but he commented that timing is critically important and funding must be in place in order to move forward.

Fox Packaging/Fox Solutions has onion packaging in the bag! 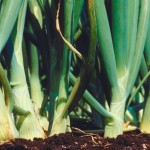