The Treasure Valley onion community lost two longtime members last week with the deaths of Paul Y. Saito (not pictured), 96, of Ontario, OR, who died Monday, June 17, a local hospital, and Robert “Bob” Cruickshank, 88, who died at his Ontario home on Tuesday, June 19.

Arrangements for Paul are with Lienkaemper Chapel in Ontario, and condolences to the family may be made at www. lienkaemper-thomason.com.

A graduate of Emmett High School, Bob enjoyed athletics and gained fame for his “tremendous speed on the track and football field.” He also attended the University of Idaho before joining the Army, and after his military service, he returned to Idaho and an opportunity in agriculture.

Initially he Bob worked on the Brownlee Dam, as well as the Emmett Mill on what was called “the chain gang,” pulling green lumber off the line and stacking the heavy wood.

During that period he met Coleen Owen, and they were wed. Coleen’s parents farmed on the Oregon Slope, and Robert joined them, using his savings to buy a tractor. The tribute notes, “Robert and Coleen eventually acquired the land and added to it when the opportunity arose to purchase the present 600-acre spread on which Robert spent the remainder of his life.”

The couple had their two sons, Bruce and Scott, and shortly after Scott’s birth, Coleen was diagnosed with multiple sclerosis and remained bedridden until her passing on June 18, 1971, at the age of 39. Her death came 48 years to the day before Bob passed.

During Coleen’s long illness, Helen Hatch came to care for the boys and the house, and Helen ended up becoming “one of the family and stayed on at Cruickshank Farms for over 30 years caring for all who lived and worked on the farm.

In 1973, Robert married, Mary Mickelsen, who had been his high school sweetheart, and “together they raised their children, crops, and tended grandchildren on the Oregon Slope.”

Bob is remembered as having “loved to farm,” and he was “a true steward of the land, he found tremendous enjoyment in improving the land and harvesting a quality crop.”

He was also a quiet philanthropist, “giving and supporting those in need” and “generous, and known for giving hitchhikers rides, taking in stray cats and dogs, and in honor of his parents and aunt, he formed the George and Jean Cruickshank and Aunt Adis Little Scholarship Fund in 2006 benefitting graduates of Emmett High School.”

He worked on his farm, “driving truck and tractor and changing water until age 83,” and his “signature smile shined when he showed off photos of his favorite girl, MacKenzie.”

During his many years in ag, Bob served on the Board of Directors for the Snake River Sugar Company and was a member of the Nyssa-Nampa Beet Growers Association where he was honored as Beet Grower of the Year on multiple occasions. He also served on the Ontario School Board where he helped facilitate the building of the Tiger Gym, and he worked with the Rural Road Assessment No. 3 on covering the open canal on North Verde and was on the Owyhee Irrigation District Board and a member of the Ontario Elks and the National Onion Association.

Graveside services for Bob Cruickshank are on Saturday, June 29, at 2 p.m. at Hillcrest Cemetery in Weiser, ID. A meal and reception will follow at Cruickshank Farms, 5011 Hwy. 201 on the Oregon Slope, Ontario, OR.

OnionBusiness.com extends our sincere condolences to families of Paul Saito and Bob Cruickshank. The industry will miss them. 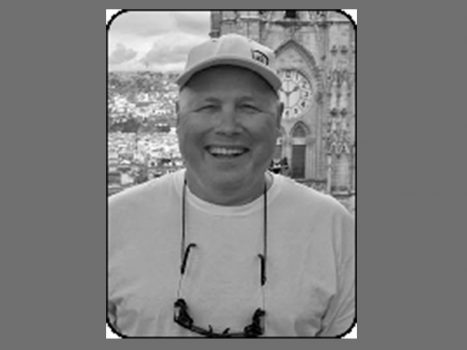