Treasure Valley Transload Facility on track for 2019 use

Last year’s approval of a $5.3 billion transportation by the Oregon legislature, and the signature of Oregon Gov. Kate Brown signing it into law on Aug. 18, put the metaphorical wheels in motion for a transload facility in Malheur County, OR, near the city of Nyssa. It will service the region’s onion industry as well as other commodities.

The transportation bill provided $26 million for the Malheur County project, and oversight of the project was taken on by the Malheur County Development Corp., a group made up of onion industry reps and other regional stakeholders. Grant Kitamura, partner in Baker & Murakami Produce Co. in Ontario, OR, was elected president of the group, and Oregon State Rep. Greg Smith serves as the executive director. Smith, along with Oregon Rep. Cliff Bentz, worked with the legislature in designing the bill.

In addition to his position with the Development Corp., Smith also serves as Malheur County Economic Development Director.

Since its formation in 2017, the board has met regularly as an entity and with consultants to choose a location and to provide needed assessments of the project. MCDC works with Union Pacific, which has committed to rail service, and its Cold Connect service.

“A couple of weeks ago,” Kitamura said on July 11, “Greg Smith and I met with civil and railroad engineers to discuss the site. Everything is thumbs up so far. Soil testing is being done, and the grade has been found suitable as well as the location. So we’re moving forward.”

He continued, “We’re shooting for start-up before the end of 2019.”

The transload facility was conceived “on the needs of the onion industry’s transportation,” but other industries will benefit as well.

“There has been a lot of interest in the facility from other regions of the state,” Kitamura said. “A feasibility study is being done as well as market testing to estimate the volume of onions and other commodities that are likely to be shipped from this facility.”

With transportation a flashpoint in the produce industry, it is believed that direct loading of onions and other perishable products onto rail cars could both reduce transportation costs and possibly open new markets.

Kitamura said the feasibility study is looking at both the number of cars that might be dedicated for onion movement and the number of stops per week the Cold Connect train will ultimately make.

Following findings from studies now underway, MCDC will consult with architects to determine the design of the transload facility, Kitamura said. “Then we get it approved and start building,” he added.

“This will really help our industry,” he said, noting that another meeting of the group is planned for next week via teleconference. 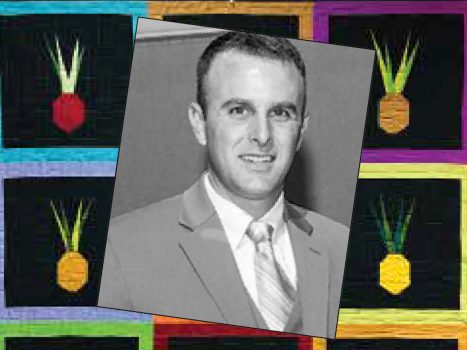