Troy McClain offers encouragement for everyone… including onion shippers

Not unlike the onion itself, Troy McClain comes from humble beginnings, but – again, like an onion – the Season I Apprentice contestant who advanced to Donald Trump’s hit show’s finals and then worked on contract for the GOP Presidential candidate for two years has emerged beautifully from those early days.

As the keynote speaker at the recent Idaho-Oregon Fruit and Vegetable Association convention in McCall, ID, Troy said he owes his success to the faith his mother has in him, his own tenacious spirit and determination to success along with his belief that humble roots are the best roots.

“I look at life from beyond the obvious,” he told the audience in McCall, sharing that his mother has recovered from alcohol and substance abuse, and his sister is developmentally delayed (“Don’t call her retarded or I’ll jack you,” he said…) and also profoundly deaf.

“My mother told me, ‘Who says someone can’t hear you just because they’re deaf?’” Troy said. “My mother is an angel on earth, and my sister is the love of my life. And all my life I’ve never lost belief in us.”

The family, which was for the most part without the presence of McClain’s father, moved from mobile home to mobile home as his mother bounced from job to job. She was, in fact, a truck driver and a bar bouncer along the way, and the three lived in Alaska and the Lower 48 during Troy’s childhood. When young Troy would ask her what her job status was at certain points, his mother would say, “I’m in between successes right now.” And at those times they moved to another mobile home, she’d tell him, “We’re upgrading houses.”

So strong was her encouragement, coupled with his self-motivation, that Troy wrote in his own 1989 senior high school yearbook, “Donald Trump, I’m coming for you.” And in 2003 he did just that, applying for a shot at The Apprentice.

“There were 250,000 applicants,” he said. “There were 11,000 face-to-face interviews. Then it got down to 250 applicants. We were given IQ tests, cognitive behavior tests – every test you can imagine. And out of all the applicants, I was the only one with just a high school diploma. The rest were college grads. But in my mind, I’d already won the contest. Now, remember, 28 million Americans watched the show, and I went up against Kwame Jackson, who was a graduate of Harvard.”

Troy said, “Mr. Trump [notably, Troy always refers to Trump as Mr. Trump] fired me, and then I was contracted by him for two years.”

He is plainspoken, outspoken and not afraid to “call BS BS when it’s BS,” except he doesn’t use two letters. Troy has, through it all, remained true to his beginnings and is humble. “I know enough to know I don’t know enough,” he said, adding, “I’m not unique. You go to any rural community, and people are this way.”

He continued, “I’m a forever student. I was told I had the lowest IQ of The Apprentice contestants, but I had the highest EQ, the emotional quotient that is social awareness. I may mend fences and talk with a twang, but I still rock a Rolex.”

While Troy McClain’s success comes from his ability to rise above conditions and his dogged determination to weather crises, it also comes from his very basic understanding of human nature.

He said, “We’re all running the same race, and it’s the human race. You can create chaos in a work environment if you don’t identify who you’re dealing with” on a personal basis.

In addition to working with companies to establish communications and networking, Troy also works with U.S. military veterans, assisting them in their “transition from the battlefield to the business field.” 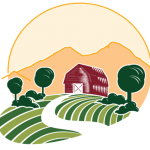 Which dining-out trends are most likely to be...